Usually the day before a Manchester United game we give you our predicted XI but we’ve decided to do it a bit differently this week.

Without doubt, Ander Herrera is one of the first names on the team sheet behind David de Gea.

The Spaniard has been very patient despite having many opportunities this season and now that Michael Carrick is sidelined for four weeks, Herrera’s balanced style is something Louis van Gaal should turn towards.

We’ve pushed Wayne Rooney up front where he belongs and given Angel di Maria a left central-midfield position. Both have put in their best performances this season in those positions.

Defensively it is much of the same but bringing in Luke Shaw and Rafael at full-back would give United some great natural width.

Whether or not Van Gaal would be bold enough to put out such an attacking line-up remains to be seen but at home against Leicester, United need to put them under pressure. 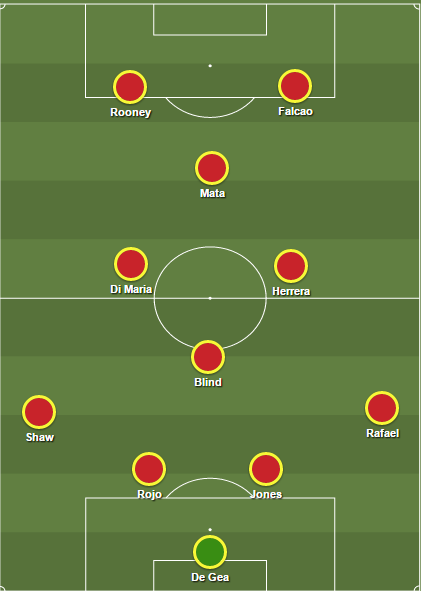