Just as quickly as Manchester United beat Leicester City 3-1 to go up to the third in the Premier League, focus immediately goes onto the next fixture.

In what has been a rarity for Man United fans this season, United will play in midweek under the Old Trafford spotlight up against Cambridge United in the FA Cup replay on Tuesday.

After what was a drab and dull performance away to Cambridge, Van Gaal will want his side to put in a much stronger performance at home.

One person who will certainly start is Ander Herrera. The Spaniard was once again left out of Man United’s side for the game against Leicester and he’ll be itching to start.

Other players who are in real need of some game time include Tyler Blackett, Marouane Fellaini and James Wilson who could all start. Victor Valdes could also make his full debut for Man United. 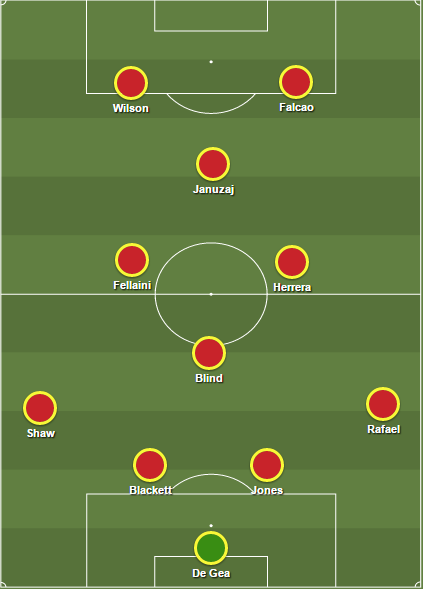