It’s becoming a bit of an all too regular pattern on The Peoples Person over the last few gamedays where we have categorically included Ander Herrera from the start in most formations.

So, when Man United line-up away from home against West Ham at the weekend, there are some worries that the physical nature could work against United, leading to Louis van Gaal choosing a team similar to which he put out against Cambridge so as to not be overrun by West Ham.

Regardless of that, we’ve taken a look at a potential 4-4-2 diamond formation which we’ll continue to look at every single game week. In terms of balance, Angel di Maria alongside Herrera in central midfield with Wayne Rooney at the tip of the diamond is the right mix of steel and guile.

There’s also a spot in this formation for Patrick McNair at right-back and his extra height would be welcomed against West Ham. 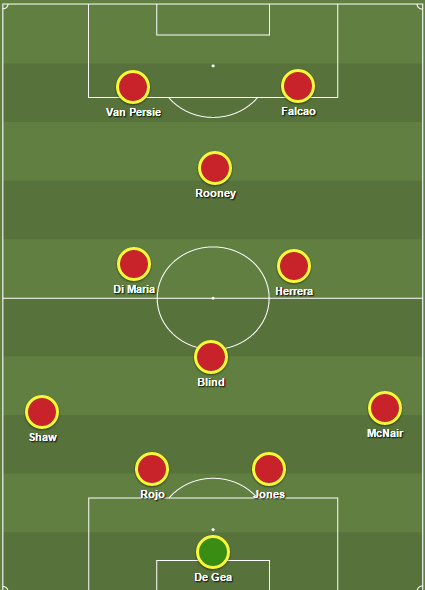