As pointed out by our readers, as much as everybody wants to see Ander Herrera start for Manchester United, an away trip to West Ham might not be the game where Louis van Gaal unleashes the Spanish midfielder in the starting XI.

It’s going to be a very physical game for Man United on Sunday at Upton Park and because of that, Van Gaal may well opt for the same sort of line-up that started against Cambridge United which was geared towards giving Man United more of an edge when it comes to physicality.

In that regard, Fellaini is one of the more important Man United players. As he showed against Cambridge, the Belgian midfielder can provide Man United with something that nobody else in the squad can.

Playing football geared towards Fellaini doesn’t make Man United play the prettiest football but it ended up being very effective against Cambridge and Van Gaal has shown on more than one occasion this season that he’s prepared to do that in order to win. 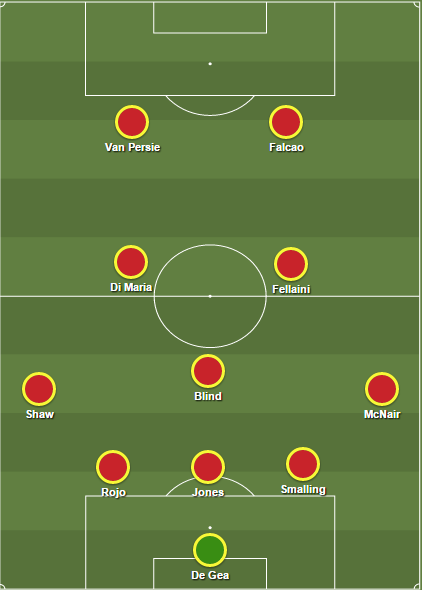