Louis van Gaal has to be ruthless with his squad selection this season in order to help Manchester United’s stagnant performances.

As such, Angel di Maria and Robin van Persie have to settle for places on the bench in this 3-5-2 formation. Both players, along with many others it has to be said, have under-performed recently so we’ve switched it up somewhat this line-up.

First and foremost, Wayne Rooney is back up front where he belongs. He’s not a central midfielder and has shown that much with his recent outings in a deeper role. To get the best out of your players, you have to play them in their best position. Simple, right?

Di Maria is replaced by Ander Herrera in midfield. A midfield duo alongside Blind in a 3-5-2 formation would certainly give Van Gaal the defensive balance he craves and offer United some genuine ball playing ability in midfield again.

Something has to change for Man United right now and refreshing the line-up would be a good start. 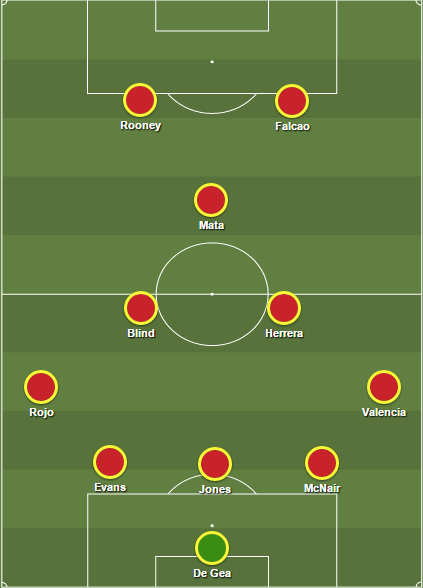 Manchester United putting together impressive run of form after Burnley...

Nemanja Matic and Paul Pogba combine to stunning effect vs...