Louis van Gaal certainly has a headache ahead of selecting Manchester United’s team to face Preston on Monday night.

After a midweek game that saw Phil Jones and Daley Blind pick up injuries, Radamel Falcao look out of form and Ander Herrera shine as a substitute, van Gaal has plenty of options.

With Robin van Persie almost certainly out, it could be a reprieve for Falcao but van Gaal may take the chance to pair up Wayne Rooney and James Wilson up front.

That should allow Ander Herrera a rare start whilst it would be unfortunate to see Angel Di Maria rested given he looked back on form against Burnley.

Juan Mata is another man who will be hoping to start having not appeared since scoring the opener against Cambridge ten days ago as Adnan Januzaj has started both games since then.

At the back, Phil Jones is almost certainly out but Luke Shaw should return whilst Antonio Valencia will probably return at right back with Rafael seemingly permanently out of favour.

What is good is that van Gaal does have plenty of options and will have strength in depth to call upon from the bench should United be struggling. 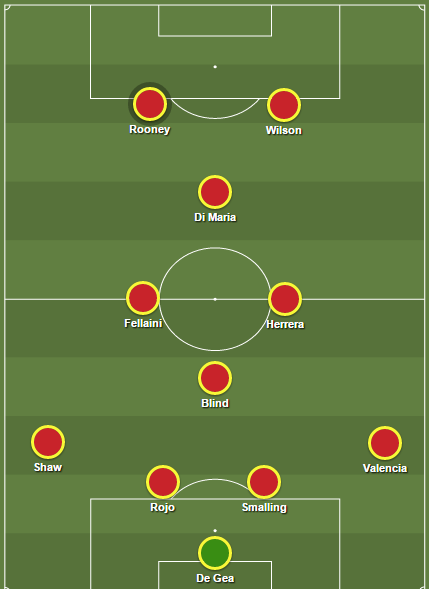