Scott Laird scored just after half time to give Simon Grayson’s side the lead but United fans at the game were unwavering in their support for the team.

They eventually saw United equalise through Ander Herrera before goals from Marouane Fellaini and Wayne Rooney sealed the club’s progression into the quarter-finals of the FA Cup.

Van Gaal and his players stayed behind after the game to salute the fans and Young said it was the least they could do for their support. 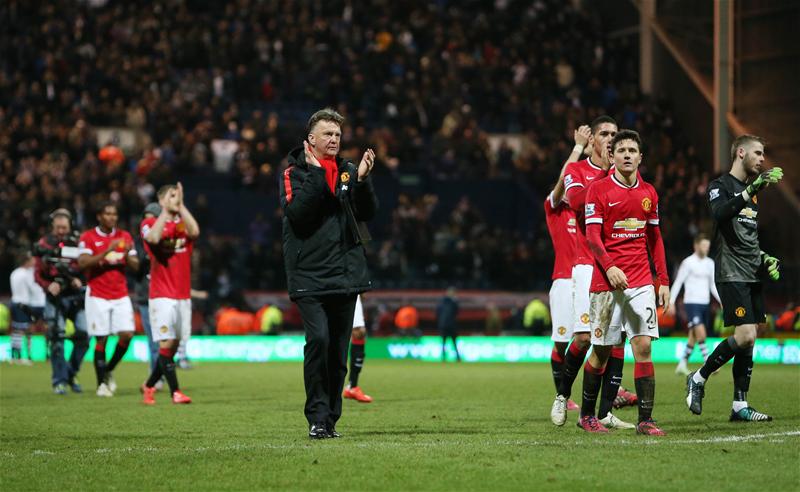 Speaking about the supporters at the game, Young said: “Today the fans were brilliant. From the first minute to the 90th they were singing and we wanted to show our appreciation.”

It was a positive result for van Gaal’s side in the end but their performance was far from convincing.

A worryingly slow first half in particular saw United struggle to create any meaningful chances of note.

United showed admirable spirit to stage a comeback but they will have to play much better if they are to beat Arsenal in the next round.