Does anybody know what Louis van Gaal‘s best starting XI at Manchester United is?

Does Louis van Gaal know what his best starting XI at Manchester United is?

The team van Gaal put out against Preston North End was met with approving nods from fans. It was a great looking 4-4-2 diamond on paper with Ander Herrera in midfield and Wayne Rooney up front.

Yet, the football was statuesque and chances were far and few between.

However, one thing van Gaal does very well is deflect criticism so there’s every chance he will line-up with the same set-up against Swansea and as it is a home game it will come with more confidence that a win will be the final result.

The main change in this formation from the Preston game is that Radamel Falcao has dropped to the box for James Wilson (sorry Radamel). The youngster’s partnership with Wayne Rooney isn’t one which has had much opportunity to flourish but maybe it will get its chance at the weekend. 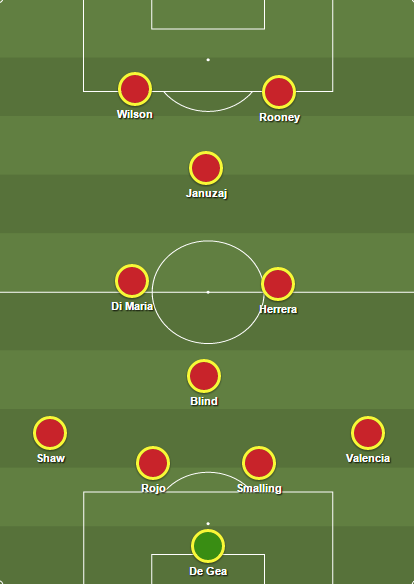 Victor Lindelof: Manchester United’s players “had a lot of fun”...