Football is all about teams playing to their strengths and in recent matches, Manchester United’s has been in the latter stages of games when using a flat 4-4-2.

Our editor-in-chief wrote an article for the Daily Mail praising the impact of the formation but having been so effective against both West Ham and Preston, will Louis van Gaal be tempted to start with it?

If he did, Marouane Fellaini and Ashley Young would almost certainly walk into the starting XI thanks to their performance against Preston. You can argue against the style United adopted in the second half against Preston but you can’t argue with the result as the more direct approach completely changed the game in United’s favour.

Angel di Maria being out on the wing could work one of two ways; either he could be massively effective with space to run into or he could be invisible and not as involved in the game as he should be.

This formation is not the best for United’s players in terms of positions but it is responsible for United’s most dangerous attacking recently, so why not try it from the start against Swansea? 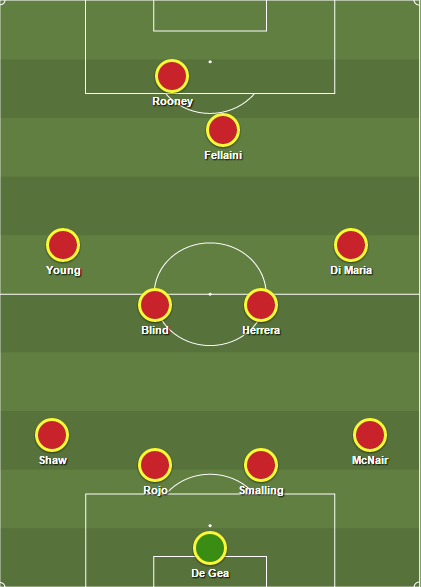