Radamel Falcao could benefit from a weekend out of the limelight

After his dour performance against Preston North End on Monday, Falcao’s future was the talk of the town and whether Man United would buy him on a permanent basis.

However, football was probably the last thing on his mind and rightly so as his wife gave birth to his daughter.

Falcao trained with United on Friday ahead of Saturday’s game against Swansea but like Louis van Gaal showed with Angel di Maria after his burglary scare, he takes everything into account outside of football as well.

“I believe in the total human being principle, so his environment is also important,” Van Gaal said.

“He was worried about his wife and child.

“I spoke with him and he wanted to play against Cambridge United and I played him. I have decided in the past that I will never play a player in those circumstances, because of the total human being principle.

“But with him I had the feeling that I had to give him a chance to play and I was happy that I let him play. He played very well. And, of course, I have to decide Sunday again, but when you have seen his performance against Cambridge, I don’t think I have any doubt.” 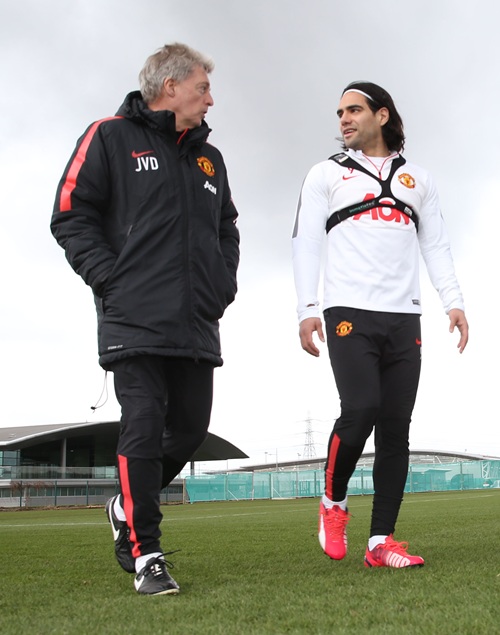 Falcao would be forgiven for letting his mind be distracted on Monday with his wife so close to giving birth and maybe a weekend out of the limelight of being in the starting XI is what the Colombian needs in order to regain his focus as right now, it isn’t working out for Falcao.