Manchester United striker Robin van Persie has been declared fit and available to face Swansea City on Saturday afternoon and will be looking to slot straight back into the starting XI.

Van Persie suffered an injury prior to Man United’s FA Cup fifth round tie against Preston North End earlier this week which meant he missed the 3-1 win.

Louis van Gaal said van Persie would be available for Swansea after the tie and has now reaffirmed that stance in his pre-match press conference.

The 31-year-old certainly looks to be back to full fitness after being pictured in training on Friday: 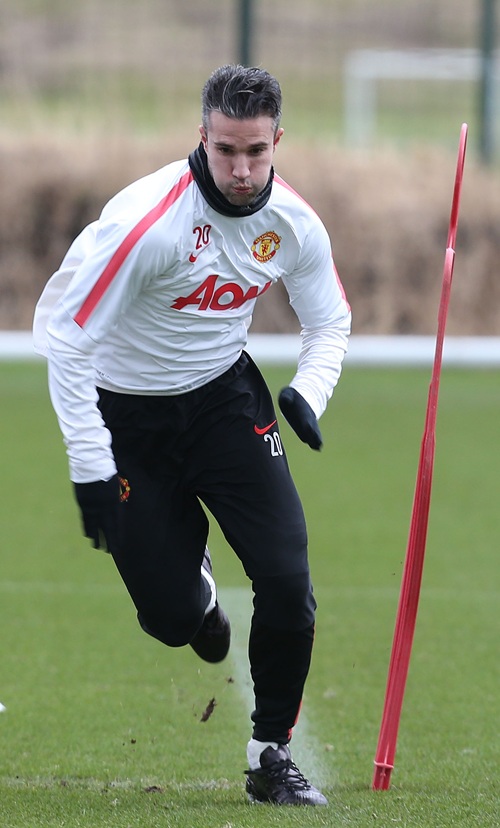 Although van Persie is available for selection, there is no guarantee he will be in the starting XI. Wayne Rooney played up front against Preston in van Persie’s absence and put in a good performance there, scoring United’s third goal with a penalty kick.

Fans have clambered for Rooney to be employed up top after he had been played in midfield for a number of weeks but van Persie’s return may mean he is moved back to the middle of the park.

It will be seen as a negative move but van Gaal has repeatedly spoke of the balance Rooney brings to the team in midfield so fans may have to put up with the decision for now.