Chances were being created but poor finishing saw so many get wasted and Man United ultimately paid the biggest price when Jonjo Shelvey scored with a deflected effort.

There had been so many calls for Rooney to return up front against Swansea but he ended up dropping deeper to instigate play far too often, leaving an out-of-form van Persie to finish on his own.

With that in mind, we’ve moved Rooney into the no.10 role in this formation and brought in the pacey James Wilson up front to inject some much needed pace. We’ve also re-called Falcao because the injured van Persie looks likely to miss this game, giving Falcao another chance to announce himself onto the Premier League. 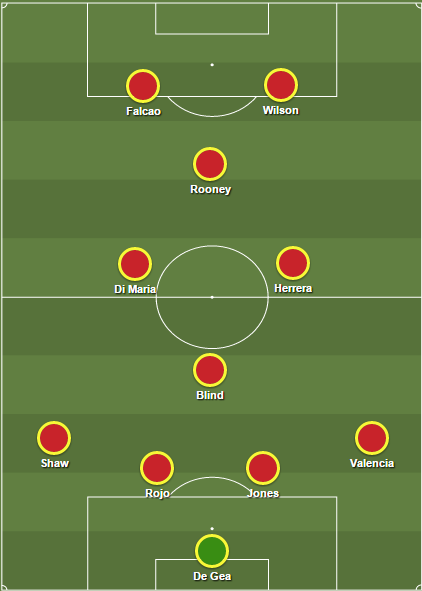 What do you think of this formation? Let us know in the comments below!
Sunderland
FacebookTwitterWhatsappEmail