Wayne Rooney got back among the goals at Old Trafford on Sunday by scoring a brace against Sunderland and the Manchester United striker is delighted to get back to goalscoring ways in front of the home fans.

The goals against Sunderland were just Rooney’s second and third strikes of 2015 and his first at Old Trafford since he scored a brace against Newcastle on Boxing Day.

Newcastle are United’s next opponents on Wednesday night and Rooney will believe he’s done enough to convince Louis van Gaal he should play as the team’s lone striker should the boss stick with 4-3-3 at St. James’ Park.

Rooney was visibly delighted and probably relieved after the goal to get back among the goals and seal a vital three points after what was turning out to be another frustrating afternoon for the reds. 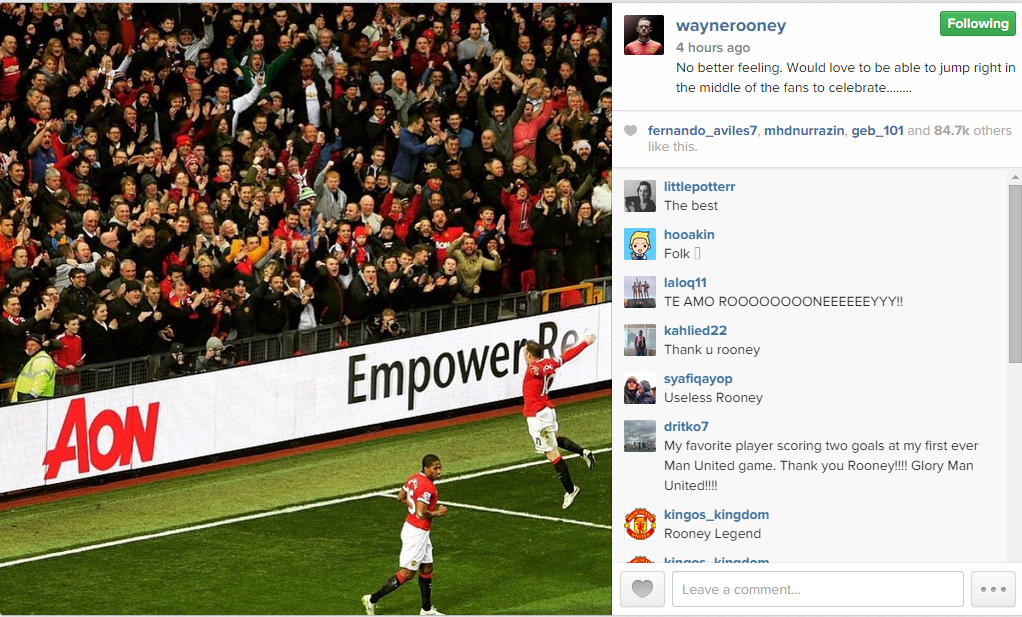 The goals were Rooney’s 226th and 227th for the club and he now sits just 22 goals shy of Sir Bobby Charlton’s goalscoring record for the club.

If Rooney plays regularly up front, it wouldn’t be complete fantasy to suggest the captain could make history at Old Trafford towards the end of next season and with Radamel Falcao unlikely to stay and Robin van Persie struggling for form, van Gaal may have little choice but to swallow his pride and return Rooney to his natural position.