Manchester United’s transfer deadline day signing of Andy Kellett on loan was one which surprised lots of fans as it had never been mentioned prior to being announced.

Against Bolton Wanderers in the Manchester Senior Cup last night, Kellett was given his full debut by Warren Joyce operating in a left-wing position.

Kellett had a superb opportunity to open his Man United goalscoring account in the first half after being put clean through but he was unable to convert his shot which would have given him the perfect debut.

Over the course of the game, Kellett played well but with United crashing out of the Manchester Senior Cup, it probably won’t be a game he looks back on with too much fondness.

Here’s a picture of Kellett in his new Man United kit so you can see how he looks, just in case you weren’t able to watch the game at all: (apologies for the quality) 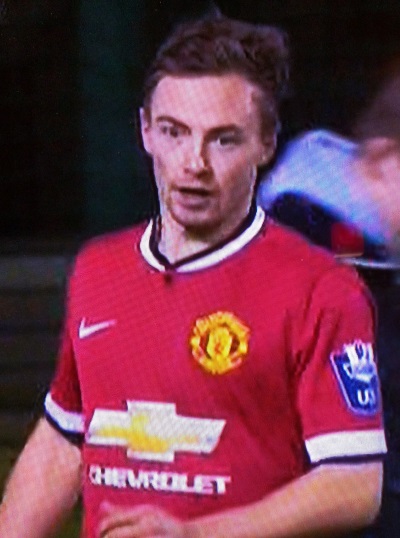 Shola Shoretire set to be called up to...

Another Amad Diallo masterclass for United Under 23s