Angel di Maria’s name has been all over the papers this week following his substitution against Newcastle during the week.

The Argentinian has been out of sorts but Louis van Gaal has defended him and backed him to come good in the fullness of time.

That hasn’t stopped stories to the contrary from appearing and the Daily Express have gone with a full backsplash page dedicated to how Man United have had enough of Di Maria and want to shift him on, only a few months after he was signed for a club record fee.

At the next press conference, it will be interesting to see what van Gaal makes of these latest rumours given that his relationship with the press is already far from rosy. 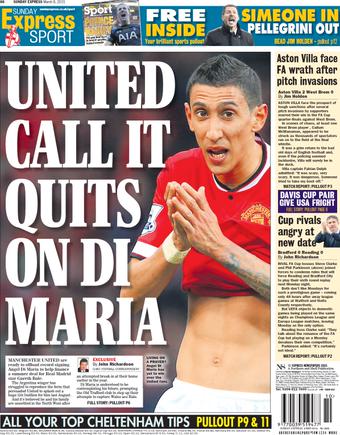 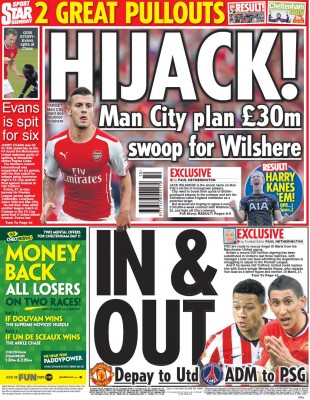 There’s no doubt that right now Di Mara is bereft of any confidence but reports van Gaal has already given up do seem somewhat premature. He’s a man known to have time for players to come through and show him their best so he’s more than likely going to do the same with Di Maria, especially given how much the club invested in him.

Wayne Rooney opens up on strange instruction from Louis van...