Prior to witnessing the greatest goal I have personally had the privilege of seeing in person, I’m going to take it back to the moment when Dennis Bergkamp stepped up to take a penalty against The Great Dane – Peter Schmeichel.

My brother and I decided to swap seats and to this day, we still don’t know what triggered us to do so. When Schmeichel saved the penalty, the United fans began believing again that the passage through to the final may still be on. 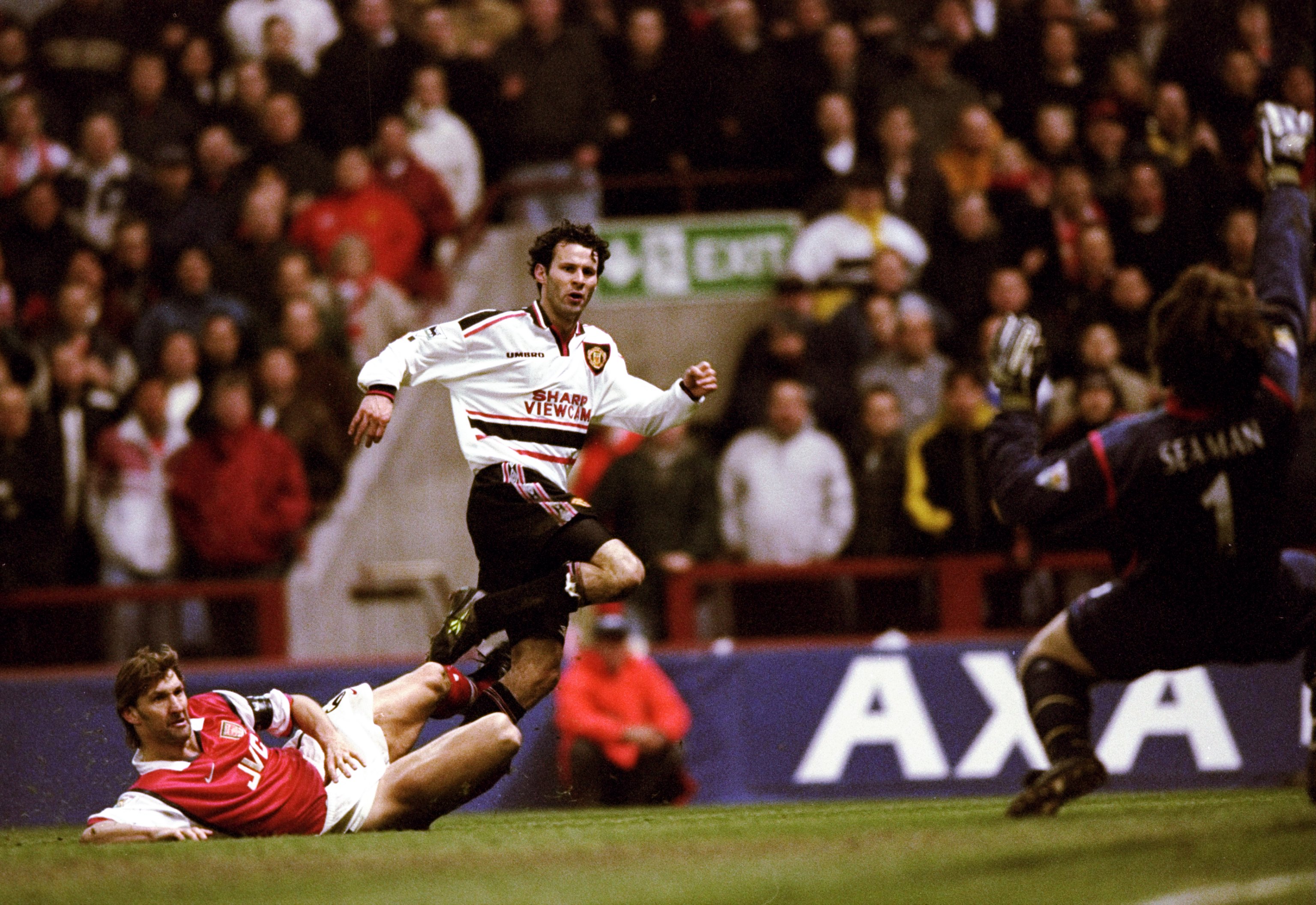 As for the goal, I remember shouting pass the ******* ball Giggsy and, of course, he wasn’t going to do so. I was convinced he was being greedy and had chosen the wrong option to take on the Arsenal defence, who at that time were very strong, and behind them a goalkeeper who had played fantastically well for them for many seasons.

I couldn’t believe how easily Giggs put Tony Adams on his backside and by the time, Giggsy was facing Seaman, I remember thinking he should’ve squared it to Scholes in the penalty area. If Giggs twisted the blood of the Arsenal defence, he done the same with the fans watching, our heads were bobbing side to side just watching his mazy run.

The scenes were crazy, it was unbelievable, like we’d won the treble that night. I banged my shin quite hard against part of the stand where I had been inadvertently pushed by other fans and remember the Arsenal fans just looking stunned and shell shocked. 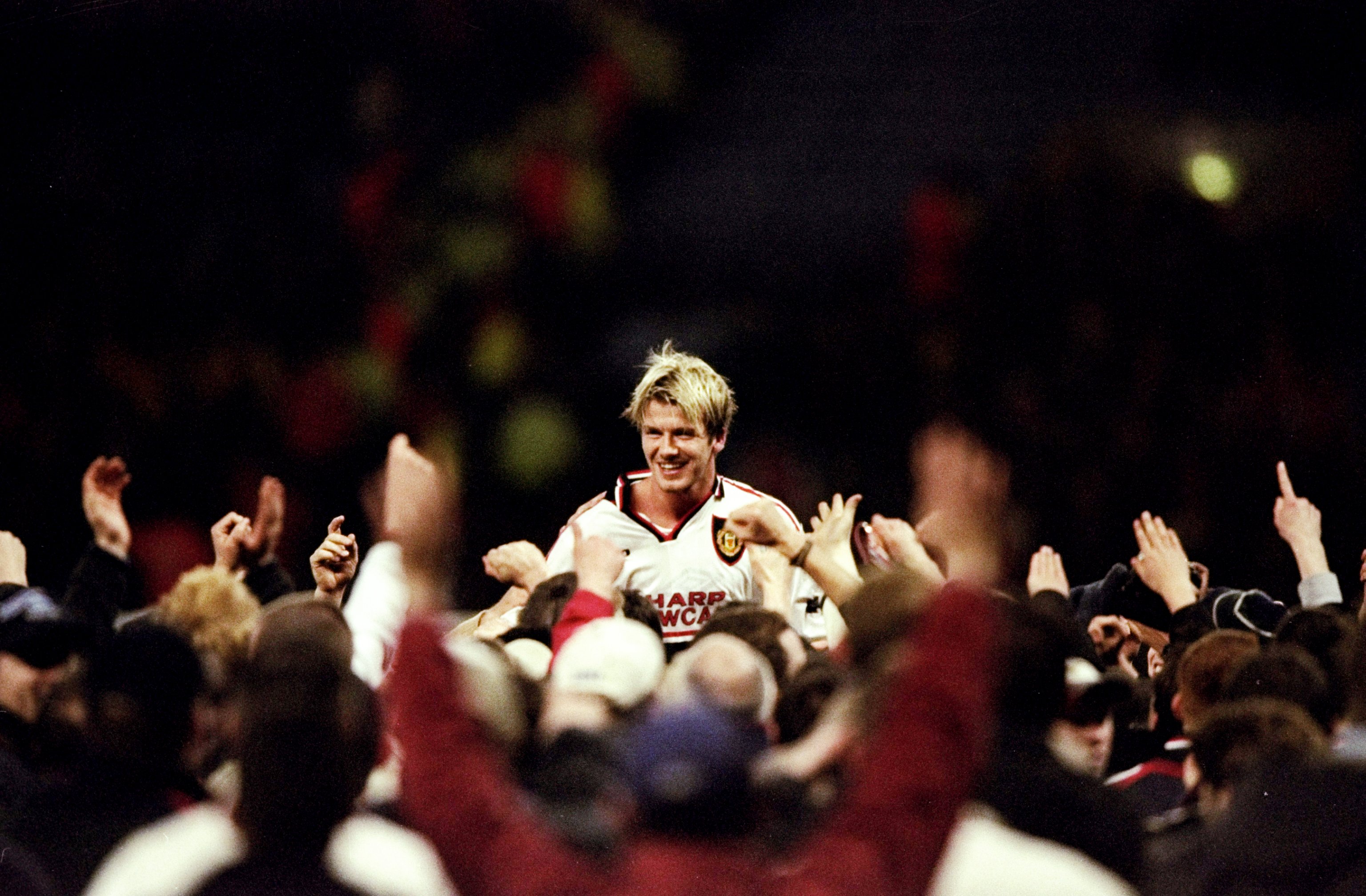 After the full time whistle was blown, some of the United fans (and some Arsenal fans ran on the pitch), two Arsenal fans started on what looked like a kid (a United fan), so loads of us, myself included, poured onto the pitch and got caught up in a melee.

I remember being chased off the pitch by a copper and running past my friend who was sitting in the stands, completely bamboozled to see me on the pitch. I even managed to pick up some grass from the turf, in memory of that great night – Wednesday 14th April 1999.

Giggs’ goal might have been the most memorable moment but it was such an up and down game. Keane getting sent off, Schmeichel saving Bergkamp’s penalty. Bedlam. 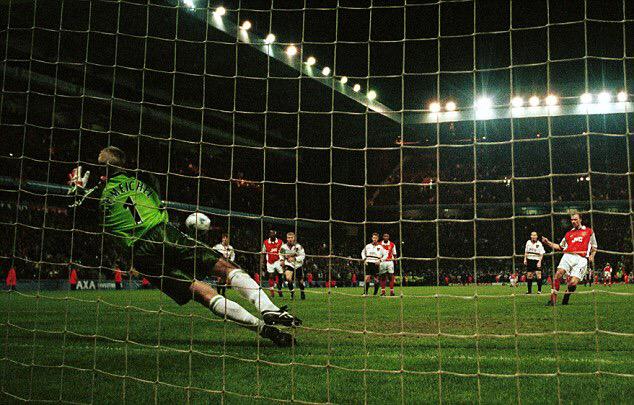