Manchester United’s game against Tottenham Hotspur on Sunday is going to be a nervous affair.

After the 2-1 loss to Arsenal, there is real pressure on Louis van Gaal‘s side to come away with three points. Anything less than a week and United will be put under severe pressure and scrutiny ahead of the toughest away of the season at Anfield.

Michael Carrick came on at half-time against Arsenal and although his substitution marked a dramatic downturn in United’s passing tempo going forward, he’s a player who should certainly start on Sunday ahead of Daley Blind.

Using the 4-4-2 diamond formation which has proved so fruitful for United at points this season, Radamel Falcao is re-instated to the team alongside Wayne Rooney.

Overall, it’s a fair and balanced team that, on paper, has the ability to beat most teams. 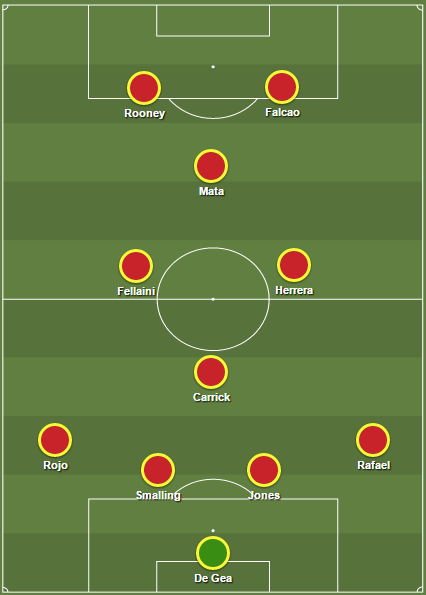