Antonio Valencia has apologised to Manchester United fans for his performance against Arsenal on Monday.

Playing in what has become his usual role at right-back, Valencia was culpable or both goals which United conceded, especially the second where his under-hit back-pass gave Danny Welbeck the simplest of finishes.

Fans were understandably very frustrated with Valencia after the full-time whistle as his mistakes played a large part in Man United missing out on a place in the FA Cup semi-final.

While his apology is welcomed, it doesn’t change the fact his mistakes cost United on Monday and it wasn’t for the first time this season either. 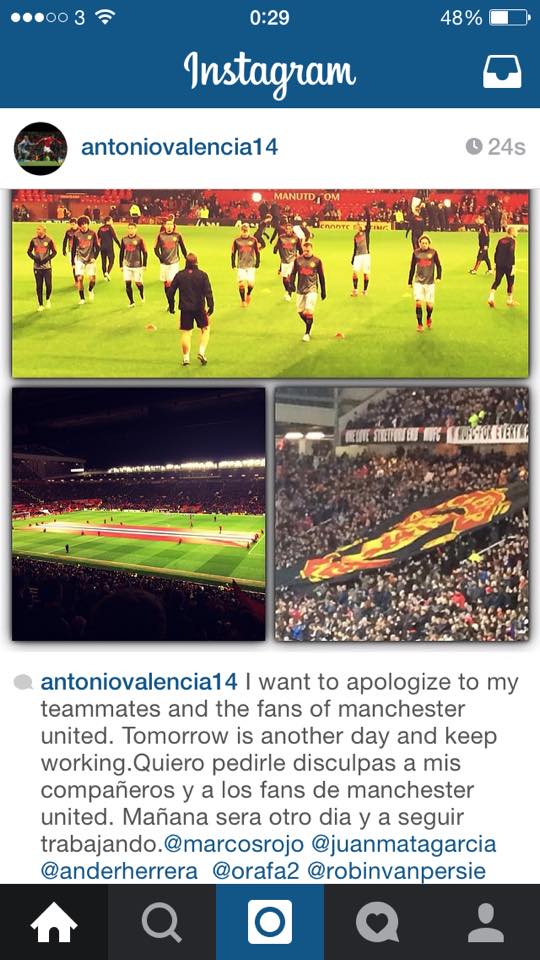 No matter what way you put it, Valencia is not a right-back. Plain and simple.

Louis van Gaal can continue to play Valencia there ahead of a natural right-back in Rafael but it won’t change the fact he simply isn’t comfortable in that position.

After his performance against Tottenham, it’s time for Valencia to be relegated to the bench because so long as he starts at right-back for United, it will always be a big weakness of the side because what he gains in pace and strength, he loses in positional discipline and concentration.

Now is the time for Rafael to come back into the starting XI and it would be so refreshing to see United playing a natural right-back instead of a right-winger in Valencia or centre-back in McNair.