David de Gea‘s face is going to be splashed all over the front papers of Spanish sport newspapers until he either signs a new deal at Manchester United or moves to Real Madrid.

Today’s copy of MARCA gets the ball rolling with claims that Man United are putting a €40m price-tag on De Gea but that Madrid are looking to lower the price by including Fabio Coentrao in a part exchange.

In terms of Coentrao potentially being involved in any deal for De Gea, good luck with that Madrid.

Whilst there once was a time where fans were excited on deadline day after a deal to bring the Portuguese wing-back to Old Trafford seemed all but done, that ship has now sailed thanks to the arrival of Luke Shaw at the club. 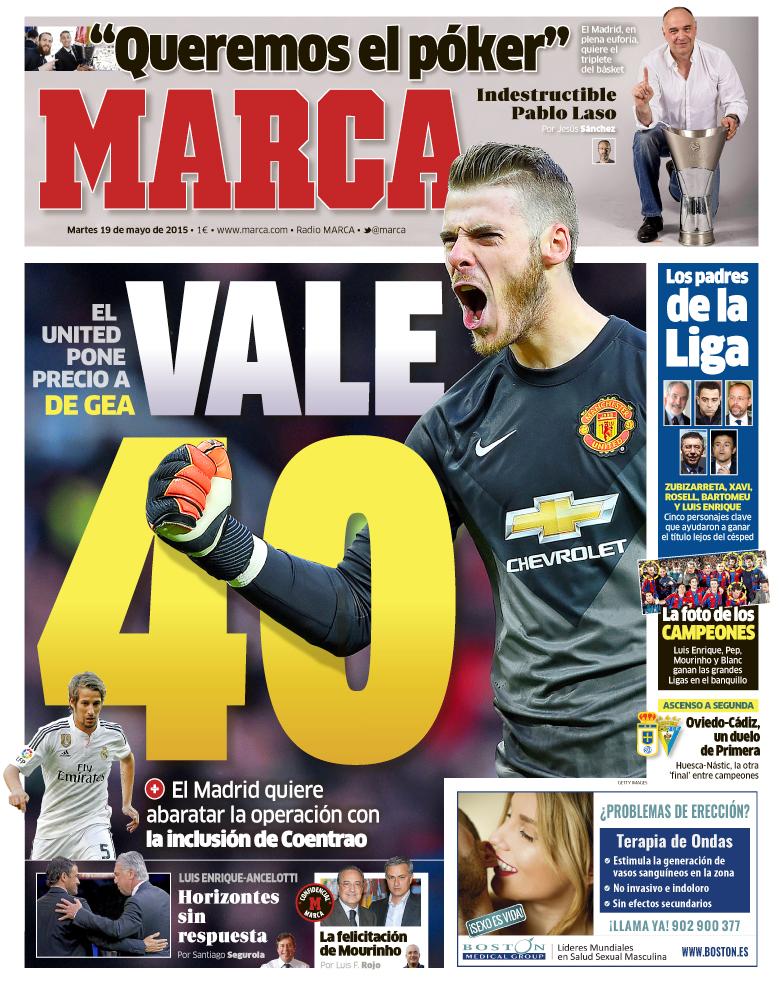 The season isn’t even over and already De Gea’s face is being plastered all over the Spanish newspapers and that’s going to continue for potentially quite a while if his delayed contract negotiations are anything to go by.

If United have to concede and let De Gea leave, they certainly won’t do it on cheaply and without a fight.