With nothing at stake for Manchester United as they head into the match against Hull City this weekend, fans will be hoping Louis van Gaal gives some youngsters an opportunity to impress.

James Wilson, in particular, is held in high regard by supporters and staff at Man United and it would be good to see him get a runout at the KC stadium.

He was handed his first team debut against Hull last term by interim manager Ryan Giggs and he ended up scoring a brace in what was a hugely impressive display.

Wilson may well be able to make a similar impact on Sunday if he is given a chance. 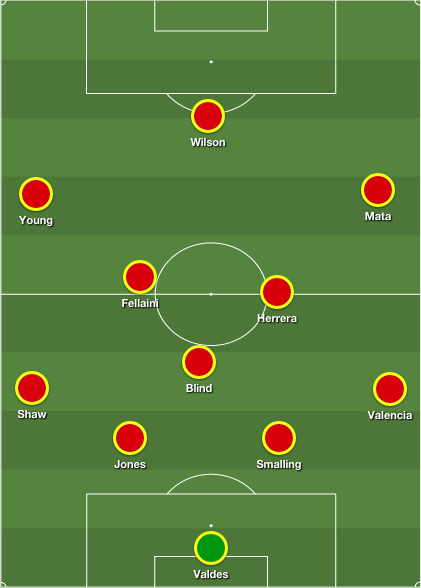 Elsewhere, Victor Valdes should continue in goal after David de Gea suffered a hamstring injury against Arsenal last time out.

It was an unexpected debut for Valdes and he will be much more prepared mentally against Hull.

Luke Shaw will also be hopeful of playing in order to finish his injury plagued season strongly.