Earlier this season we had a chat with Dutch football expert Stefan Coerts to discuss Memphis Depay before it was announced that he would be joining Manchester United.

Now that the deal has been agreed, Stefan kindly sat down to have an updated discussion about Depay but this time with a focus on how he will adapt to the Premier League and what his expectations are for the 21-year-old next season.

Most players who arrive in the Premier League need an adjustment period to get used to the rigours of English football. In your opinion, will Depay require such a period or will be more or less hit the ground running?

I expect Memphis to need a few months to adapt to the Premier League. Obviously, there is a huge difference in quality between the Premier League and the Eredivisie and this could be a bit of an obstacle in his first few months at the club. We have seen with Angel di Maria that even for accomplished superstars the step to England is not an easy one, so it could take the PSV man a bit of time as well.

On the other hand, it will be huge pro for him that the language will not be much of a problem, with the majority of Dutchmen speaking English reasonably well, while the presence of compatriots such as Robin van Persie and Daley Blind will also be beneficial. He will not be a key figure right away, but I expect him to show what he’s made of in the second half of the season.

“The fans will love his directness and his willingness to run both with and without the ball.”

The Premier League is known for its aggressiveness and fast pace. Will these characteristics suit Depay’s style of play or inhibit it?

The Premier League suits his style perfectly in my opinion. He has tons of energy and the fast pace of the game will only bring out the best of him. Again, he might need a few months to get used to it, but England seems to be perfect for him overall. The fans will love his directness and his willingness to run both with and without the ball.

What is the biggest obstacle Depay will face, both on the field and off of it, as he adjusts to life as a Manchester United player?

On the pitch, he will have to realise that he is no longer his team’s undisputed star player. He could pretty much do as he pleased at PSV in 2014-15 as his team-mates were more than happy to put in a bit of extra work to make sure Memphis could focus on the attacking aspects of the game. At Manchester United, however, he will be surrounded by high-profile names and can no longer afford to slack off.

Off the pitch, it will be vital for him to make sure he remains focused on football rather than the glamour life around it. Memphis is the type of person who enjoys music, fashion, cars et al and he cannot afford to let these things distract him. We have all seen how players such as Adriano, Mario Balotelli and more ruined their careers by getting their priorities wrong. Memphis must avoid this at all costs.

“He is the type of player who will always keep running at opponents, try the occasional individual action and unleash an opportunistic long range strike.” 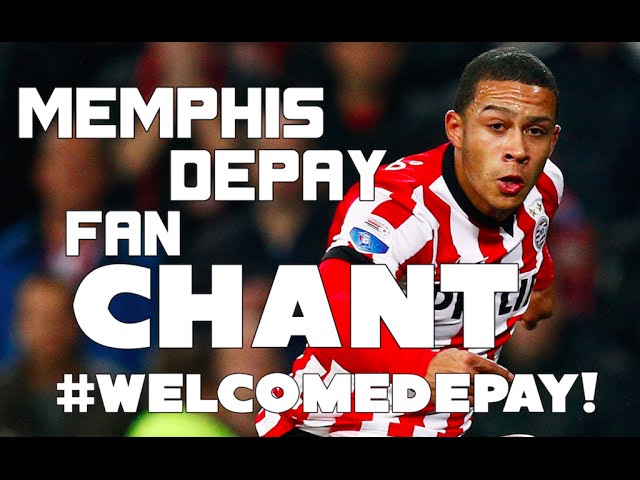 What can Depay’s team-mates do on the field to make sure the young Dutchman has success?

I think that it will be hugely important that his team-mates show a bit of patience with Memphis. He is the type of player who will always keep running at opponents, try the occasional individual action and unleash an opportunistic long range strike. These characteristics make him stand out from the rest and it will only hurt his game if his team-mates discourage him from doing the things that make him the unpredictable and decisive player that he is. Obviously, he will have to be disciplined and stick to his tactical brief, but confidence is crucial for him and he needs the backing of his colleagues to shine.

“As for chances created, he has made around 150 opportunities for his team-mates in the last two Eredivisie campaigns and is bound to create plenty of chances at United as well.”

Assuming Depay is in and around the starting XI for most of the season, what can United fans expect from the winger in terms of goals and chances created?

He might have won the Eredivisie top scorer title this term and averaged around 0.40 goals per game during his time at PSV but people should not expect him to challenge for that honour in the Premier League right away, too. I think he will be aiming for double figures in his first season but anything between five and ten goals should be acceptable for him bearing in mind that the Premier League is a major step up and he will need some time to adapt.

As for chances created, he has made around 150 opportunities for his team-mates in the last two Eredivisie campaigns and is bound to create plenty of chances at United as well. Again, there is the matter of playing in a more difficult league, but his opportunistic style of play will always see him get involved in the final third. Memphis has a fine eye for a pass and his dribbling skills will help him create the space he needs to set up team-mates in dangerous positions.

A big thank you to Stefan for having another follow-up chat with us about Memphis Depay.