MARCA in Spain have dedicated another front page splash to David de Gea as speculation linking him with Real Madrid continues to intensify.

Instead of giving the front page to Carlo Ancelotti after he was sacked as Madrid manager, MARCA say De Gea is Madrid’s priority this summer.

Every single year without fail, Madrid sign a star player. Whether it is Gareth Bale, Toni Kroos, James Rodriguez or countless others, it’s part of their annual Galactico strategy.

Now, De Gea is atop their wishlist this year and is the priority for the Spanish club (behind bringing in their tenth manager in 12 years, of course). 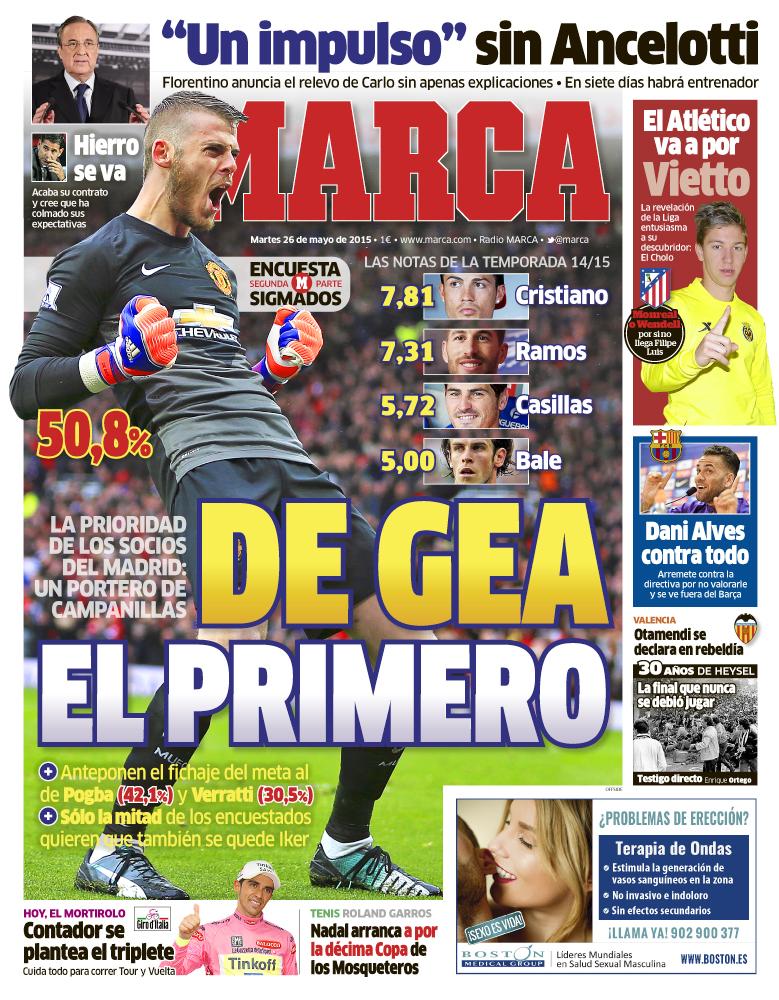 Madrid sacking Ancelotti is everything that is wrong with that club.

In the Italian manager they had a man who delivered them La Decima, their 10th Champions League win, in his first year at the club and put an end to a 12 year wait.

Yet, less than a year later he has been sacked. If Ancelotti can be axed so soon after giving Madrid fans what they had been craving for over a decade, what chance does anybody else have at the club?

Madrid is the most toxic environment in football and a player like De Gea, who has thrived on the affection, love and patience which has been shown to him by United fans, could well be boiled alive by the lynch mob in Madrid after every mistake.

Would he really want to drop himself into environment? By the looks of things, yes. The pull of loved ones in his hometown seems too strong but you can’t help but think De Gea will miss so much about United as soon as he leaves.