The summer transfer window. It’s that time of the year where everything gets a little bit crazy and social media turns into even more of a whirlwind than usual.

So, you can understand the excitement when fans saw that Marcos Rojo had favourited a tweet from a fan encouraging him to talk to Nicholas Otmaendi and make sure he completed a deal to join Manchester United.

Given the growing fanfare linking Otamendi with a move to Old Trafford, this little gesture from Rojo will certainly make sure the rumours don’t die down.

While there is a somewhat fair rebuttal that it could simply be an innocent decision to favourite a tweet, Rojo will be all too aware of what actions on social media can lead to if you’re a professional footballer. 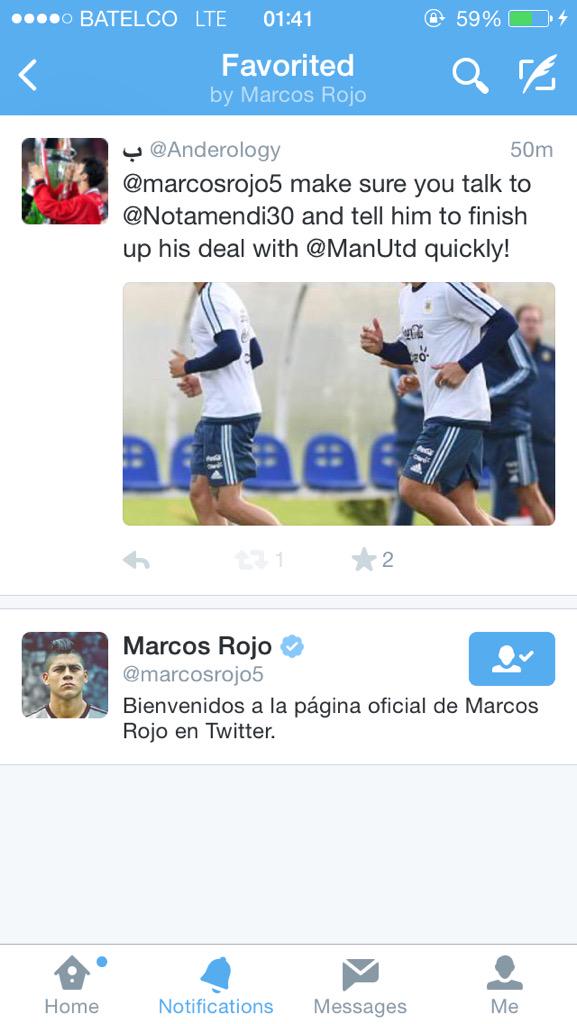 Maybe Rojo just wants a deal to be done? After all, they are compatriots and Rojo would no doubt love to have another Argentinian alongside him and Di Maria.

Only a few weeks ago it was Memphis Depay who was helping rumours linking him to Man United grow stronger by favouriting a tweet and we all know how that one turned out don’t we?

Agent Rojo, your mission if you choose to accept it, is to make sure Otamendi signs for Man United this summer. By the looks of things, Rojo has already got started.