Manchester United have been heavily linked with a summer move for Valencia defender Nicolas Otamendi.

Over the last few weeks, Marcos Rojo has done everything he can to stir the pot and make sure the rumours stay in the public eye. Twice on social media, Rojo has engaged with fans asking him to bring Otamendi back to Man United with him.

Rojo is away with Otamendi to take part in this year’s Copa America tournament in Chile, so is spending plenty of time with the defender and fans are certainly hoping he is letting the Valencia defender just how good it is at United.

Thanks to his previous engagements with fans, it might come as no surprise to see the replies to a tweet he sent out earlier on today.

Here are the first replies… 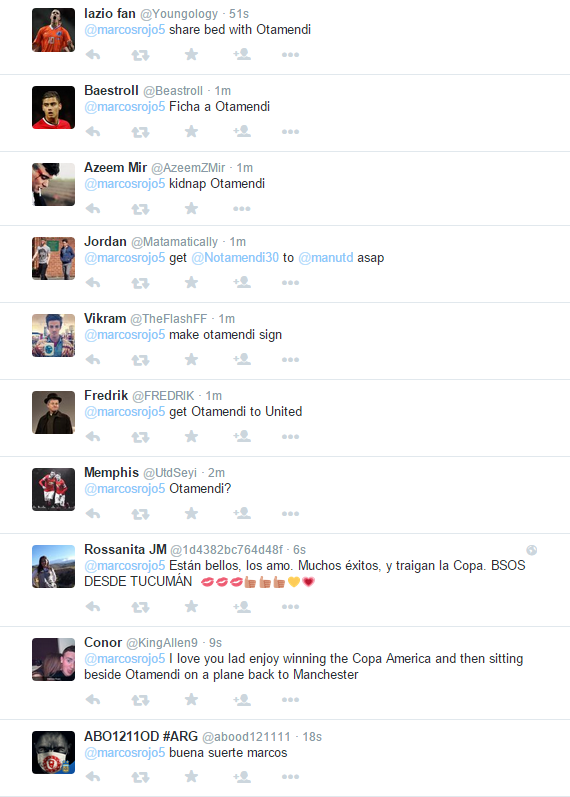 If Rojo comes back to Manchester without Otamendi walking behind him then fans are going to be disappointed now!

In all seriousness, the Copa America is a great opportunity for fans to see Otamendi in action and how good he is. On top of that, fans will be keen to follow the progress of Angel di Maria and Rojo at the tournament with Argentina.