Memphis Depay has been officially unveiled by Manchester United.

The 21-year-old joins Man United on a four-year contract with the option to sign an extra year.

Depay joins United from PSV having had an extremely impressive season in the Eredivisie where he finished as the top scorer with 22 goals and helped steer PSV to the league title.

He becomes the first official signing by Louis van Gaal in what is likely to be another extremely busy summer for the club.

Here are the first pictures of Depay in his Man United shirt: 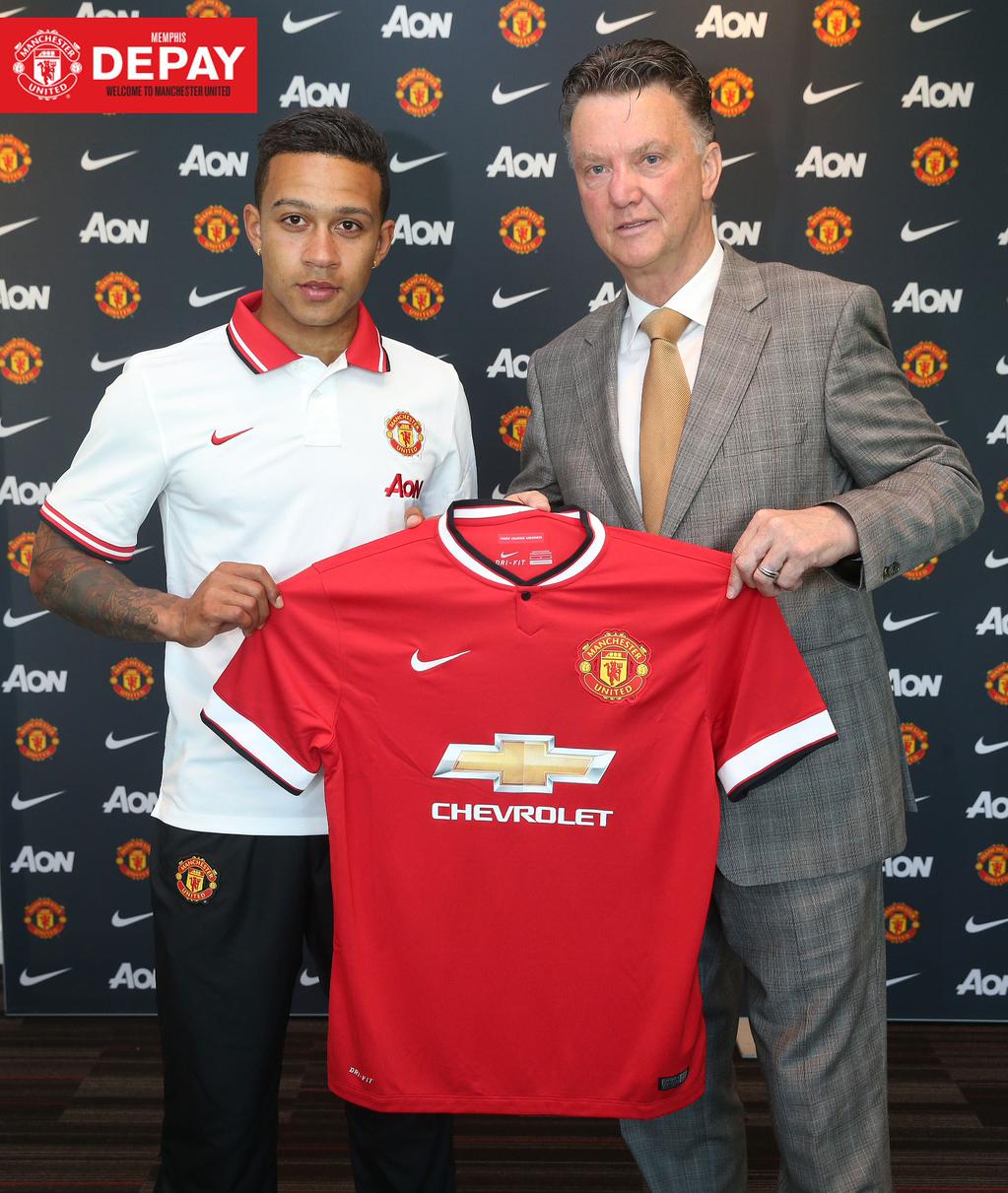 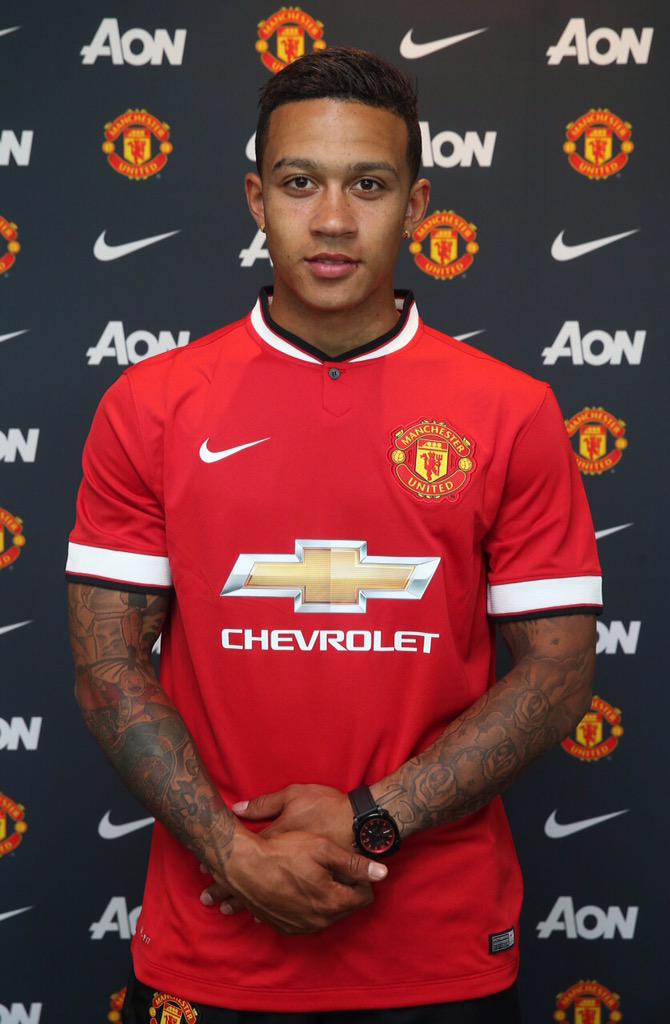 Fans are already excited at the prospect of seeing Memphis in action for United next season after watching him put in a fantastic performance for the Netherlands in their match against USA last week.

Memphis will likely make his United debut on July 17 in the first game of the pre-season tour.