Manchester City have submitted a bid for former Manchester United midfielder Paul Pogba, according to reports in Italy.

La Gazzetta Dello Sport have claimed that City have offered Juventus £58m in order to secure the services of the Frenchman.

The report also suggests that the likes of Real Madrid, Barcelona and Paris Saint-Germain are all looking into the possibility of purchasing the 22-year-old.

Pogba left Man United on a free transfer in 2012 after becoming disillusioned with a lack of playing time. Barely three years later, the player has been linked with a move back to Old Trafford. 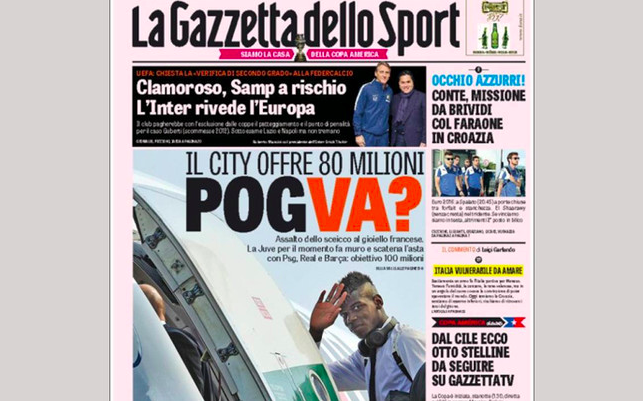 At £58m, it would seem like an awful piece of business for United. However, the impact that Pogba has had at Juventus and with the French national team has shown how much ability he has. Juventus reached the Champions League final against all odds last term and Pogba played a crucial role in taking them that far.

With Louis van Gaal stating that he is looking to sign a right-sided central midfielder, Pogba would certainly fit the bill. However, if reports in both Italy and England are to be believed, United are also keen on another Frenchman, Morgan Schneiderlin.

It would be a blow to United if City were to land Pogba, given the obvious talent he possesses. It goes without saying that United fans would prefer to see Pogba plying his trade outside of the Premier League, especially given his past with the Reds.