Michael Owen believes that Manchester United have a crisis on their hands when it comes to their strikers.

Owen played for the club for three seasons under Sir Alex Ferguson and scored five goals in that time. He doesn’t believe that United have a particular identity yet under Louis van Gaal and worries about their strikeforce heading into next season.

It comes at a time when Man United are linked with several forwards including Karim Benzema, Harry Kane and Mario Mandzukic amongst others.

Speaking to ESPNFC, Owen spoke of United’s decision to sell Danny Welbeck to Arsenal last summer among other things.

“They are going to have some issues in the striking position. [Radamel] Falcao has gone, Robin van Persie is on the wane and then what? Wayne Rooney is a reliable goal threat, but he is not going to be around forever,” Owen said.

“They have a huge void up front and after letting Danny Welbeck go. You quickly realise they need to spend a whole lot more to compete and they have already spent a lot since Van Gaal arrived.” 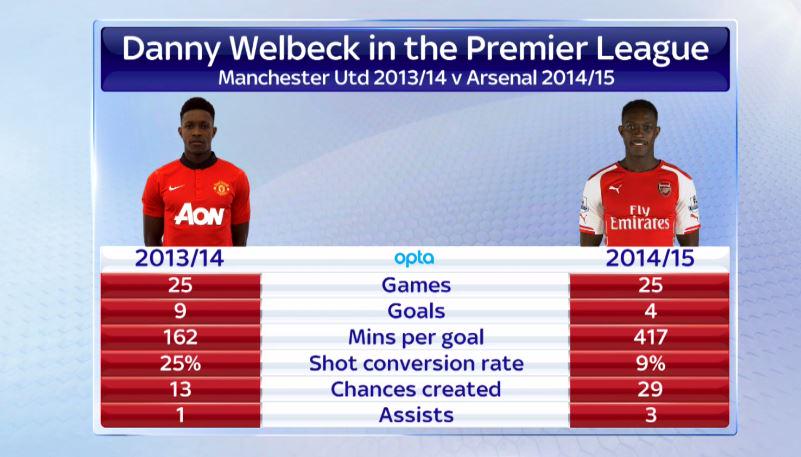 Regardless of the current situation at United regarding strikers, it is ridiculous to mention Welbeck when citing problems with goalscoring ability. Welbeck was mostly deployed as a winger or wide forward at United due to his inability to convert chances and get himself in the best goalscoring positions.

Owen is right in his assessment overall, however, and it would be wise for United and the Board of Directors to prioritise a striker this summer. There are players available but whether or not United are willing to spend the money on transfer fees and wages remains to be seen.