Manchester United fans always knew how influential Michael Carrick was last season and statistics have now shown just how important he was.

The England international and veteran midfielder had a remarkable 89.62% pass completion rate for last season, which put him ahead of the likes of Juan Mata and Ander Herrera.

Carrick is highly regarded by the United faithful and Louis van Gaal, who earlier this season spoke of Carrick’s intelligence in transmitting the Dutchman’s philosophy onto the field.

He was also a key cog in United’s possession based style of football last term and often contributed with understated but outstanding performances for Van Gaal’s side.

This was proved towards the end of the season when the 33-year-old sidelined with a calf injury from the beginning of May. What followed was a barren run of United performances against West Bromwich Albion, Arsenal and Hull. 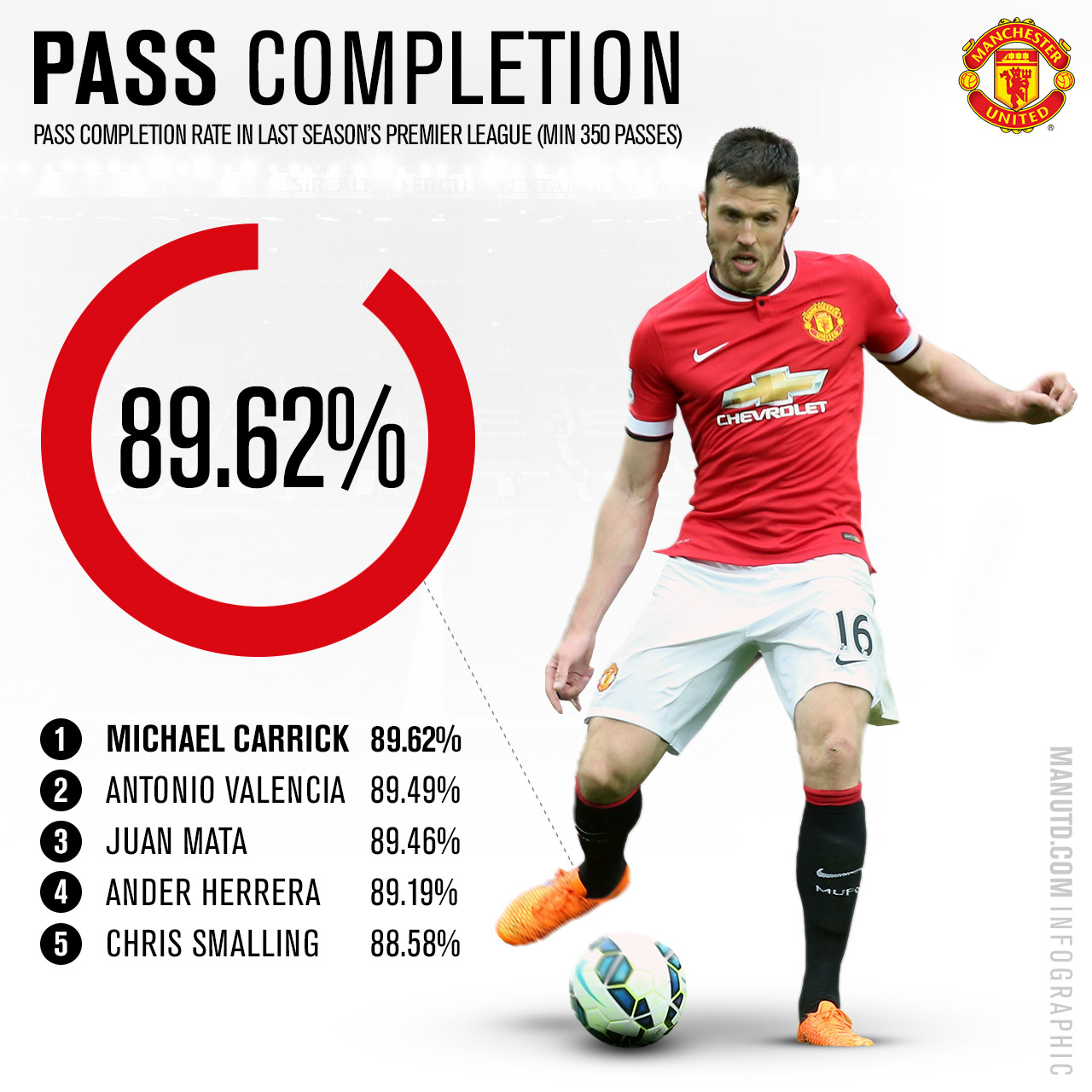 With many United fans still uncertain as to the long-term position of Daley Blind, supporters know that finding a long-term replacement for Carrick is essential this summer.

Morgan Schneiderlin, Ilkay Gundogan and Bastian Schweinsteiger have all been linked to Old Trafford in recent weeks and they won’t be the only ones either.

United will be keen to avoid dependence on one player as we saw with Carrick last season and finding a long-term alternative for the influential Englishman would go a long way towards achieving that.