Memphis Depay has certainly been busy during his holidays this summer.

If he isn’t taking pictures with Paul Pogba, then he’s rubbing shoulders with Romelu Lukaku. Even Salomon Kalou crept into a photo at one stage.

The 21-year-old clearly enjoys the close relationship he can have with fans through social media and to launch his new account on a website called Tsu, Depay posted a picture of himself in his new Manchester United training gear. 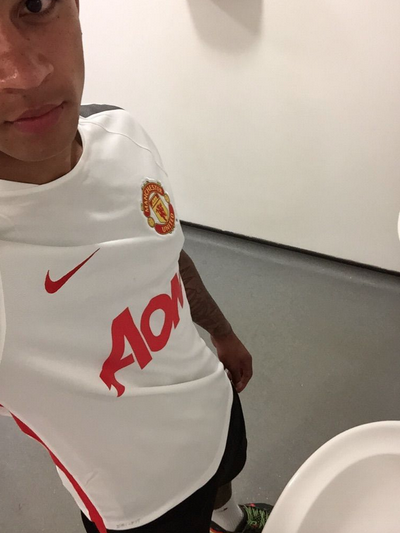 Man United fans will be delighted to see him wearing the club’s gear but will be even more excited to see him in a jersey for the first time, which is expected to be at the end of July at the start of the pre-season tour.

So many players tend to get overwhelmed at the prospect of playing for United but it seems as though Depay is taking to the task like he was born to play the role. Let’s hope that he can replicate that on the field next season.