Sergio Ramos’ relationship with Real Madrid is beyond repair – report

Sergio Ramos’ future at Real Madrid remains unclear but not according to Marca’s front page as the newspaper claims his relationship has now gone beyond repair – he’s going to leave.

‘No way back’ is how Marca describes Ramos’ situation with Real Madrid and they insist he is determined to leave the club.

Marca certainly aren’t holding back with their statement this time about Ramos and although it still feels inconceivable he will leave Real Madrid this summer, the Spanish club really haven’t done anything to alleviate the situation.

We’re now a couple a couple of weeks into the Ramos rumours but no solution has been found, leading to more intense speculation which is showing no signs of slowing. 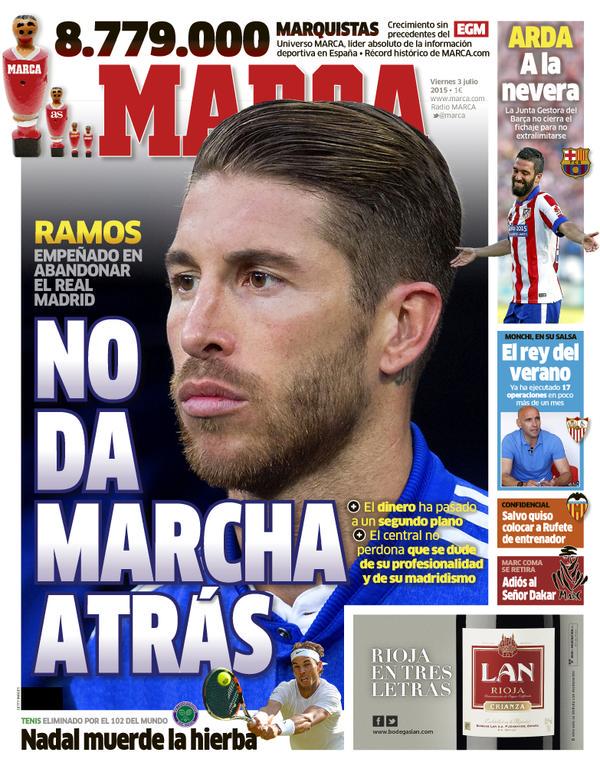 What started off simply as a disagreement over contract talks between Ramos and Real Madrid has now seemingly exposed a much deeper lying problem, one which might not have a simple resolution.

Could face-to-face talks with Real Madrid president Florentino Perez be enough for the situation to be resolved? That possibility certainly exists but it has quickly descended into a bit of a mess as far as Los Blancos are concerned.

Ramos’ future is completely up in the air at this time but the longer this intense speculation continues, the harder you feel it will be for it to all be swept under the carpet with a new contract.