Angelo Henriquez. Is he a Manchester United player or isn’t he? Earlier this week, it was announced he had returned to the club and was back in the squad for pre-season training.

However, that since been updated to say Henriquez has joined Dinamo Zagreb on a permanent deal. On further inspection, there has been more than one reference this week on the official website to suggest the Chilean striker has indeed left the club.

In an article looking at United’s involvement in the Copa America final, Henriquez is referred to as a ‘former Manchester United striker’ on more than one occasion including: “The first pair of fresh legs for extra-time belonged to former Reds striker Henriquez, who is now at Croatian club Dinamo Zagreb.” 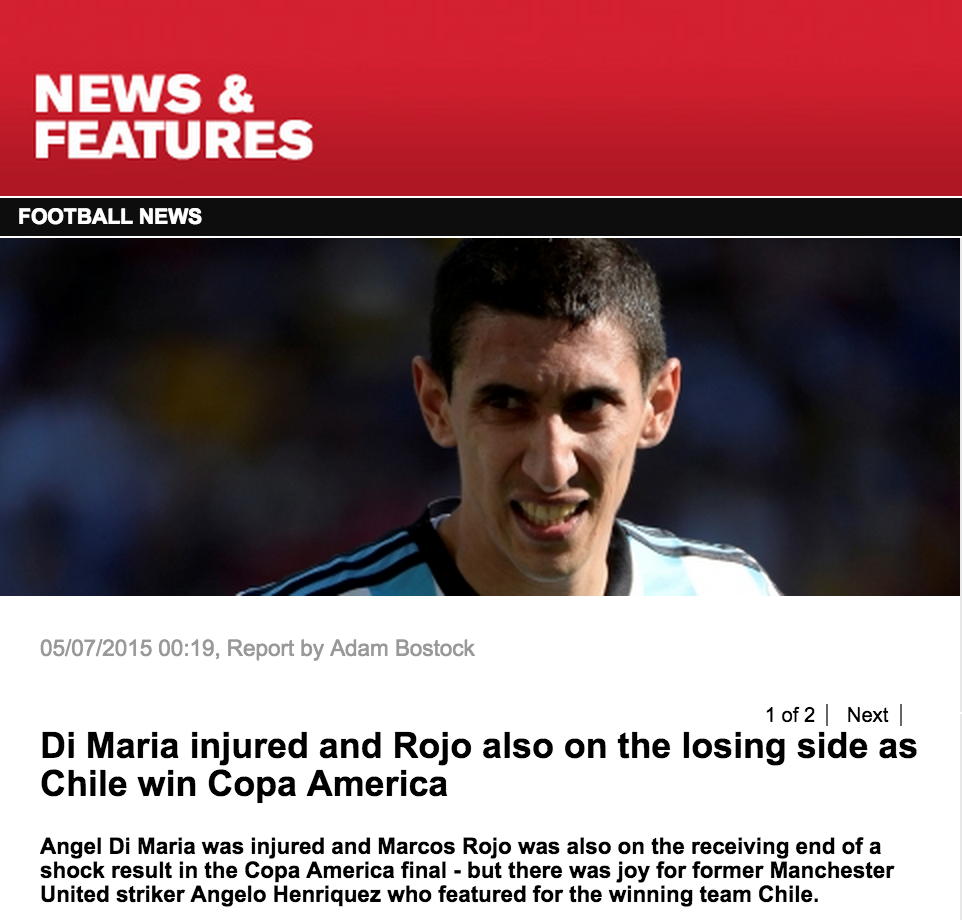 This update comes almost immediately after we suggested Henriquez had the opportunity to stake his claim on a striker’s spot in the first-team squad following what has been an excellent year of progression for the 22-year-old. However, it looks like that isn’t going to happen.

It’s strange there has been no official announcement from Man United, Dinamo Zagreb or even Henriquez as to what is going on in this situation. After all, there was a statement released about the departure of Saidy Janko.

Maybe the clubs have been waiting until Henriquez completed his international duty with Chile before the deal could be finalised. If that is the case, we should expect to hear an announcement in the coming days.

Either way, our calls for Henriquez to challenge for a spot next season seemed somewhat premature given recent developments but with Robin van Persie looking on his way out of the club, Louis van Gaal is going to have to strengthen their options up front if United are to challenge next season.