Antonio Valencia has fully recovered from ankle surgery and is now back at pre-season training with Manchester United.

The Ecuadorian had surgery to remove screws and plates from his ankle which were put in following his horrifying ankle break against Rangers in 2010.

Despite his recovery, Valencia’s future under Louis van Gaal has come under increased speculation in recent months, with the Dutchman determined to sign a new right-back.

This looks to be in the form of Matteo Darmian who will join the club in a deal worth €18m plus €2m in bonuses. 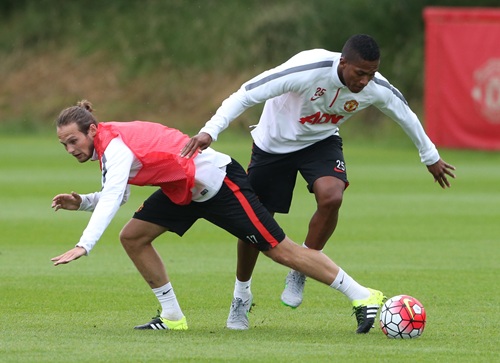 Despite Valencia proving himself to be a useful squad player during the past season, the Man United hierarchy were keen to bolster their options at right-back in order to sure-up their defence, and they have now found their man in Darmian.

Next season, Antonio may have to adjust to life on the bench rather than playing in a regular starting role and that’s certainly the right move for Van Gaal to make.

Valencia is not a right-back and never has been. He was there to fill a role last season because Van Gaal simply didn’t trust Rafael and it was widely expected that a new right-back would arrive at Old Trafford, which now looks to have been done.

With the Champions League likely to return next year, Valencia will get game time as Van Gaal will have to rotate his squad but the days of Valencia as United’s first-choice right-back should be firmly in the past.