Aston Villa’s Christian Benteke has caused a storm this afternoon about a potential move to Manchester United.

The Belgian striker favourited a tweet linking him with a move to Man United this afternoon and it sent fans on social media into a frenzy.

With Robin van Persie and Radamel Falcao leaving, United are expected to be in the market for a midfielder and Benteke is one player whose name is on the list.

The Daily Mail today reported that United were interested in the £32.5m rated striker and Benteke favouriting this tweet will certainly help the rumour mill burst into life. 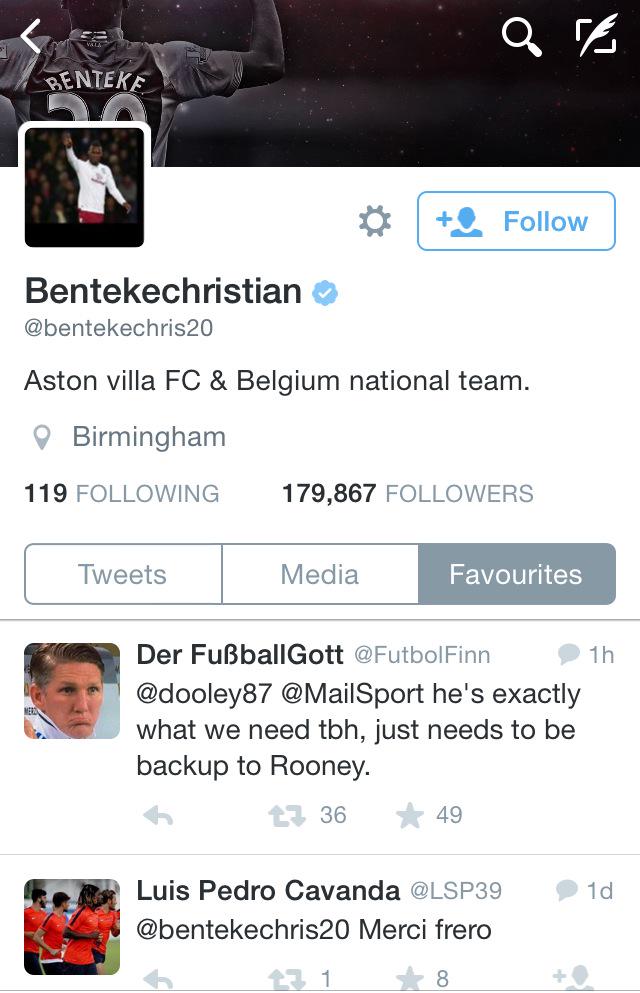 Call it what you want but professional players, who have all had media training, are well aware of the implications of social media and Benteke would have known what favouriting this tweet could do.

United may have already had an excellent transfer window with four new signings coming into Old Trafford but it is widely expected that at least two more players will join before the window closes.

One is likely to be a centre-back while the other should be a striker and if United are to challenge on all fronts next season, they need to have more options than just Wayne Rooney and James Wilson up front.