We’ve decided to take on board some of the suggestions which our readers have sent to us and will be taking a look at some of the formations we have been sent.

This first one sees Andreas Pereira come in and play in the hole of a 4-2-3-1 formation with Bastian Schweinsteiger and Morgan Schneiderlin as the two holding midfielders.

In terms of protecting a defence, you’ll be hard struck to find a better duo than Schweinsteiger and Schneiderlin as far as United are concerned. It would give United so much presence and authority in that area.

What it would also do is give United’s front four men the freedom to attack at will, safe in the knowledge the defence won’t ever be exposed. 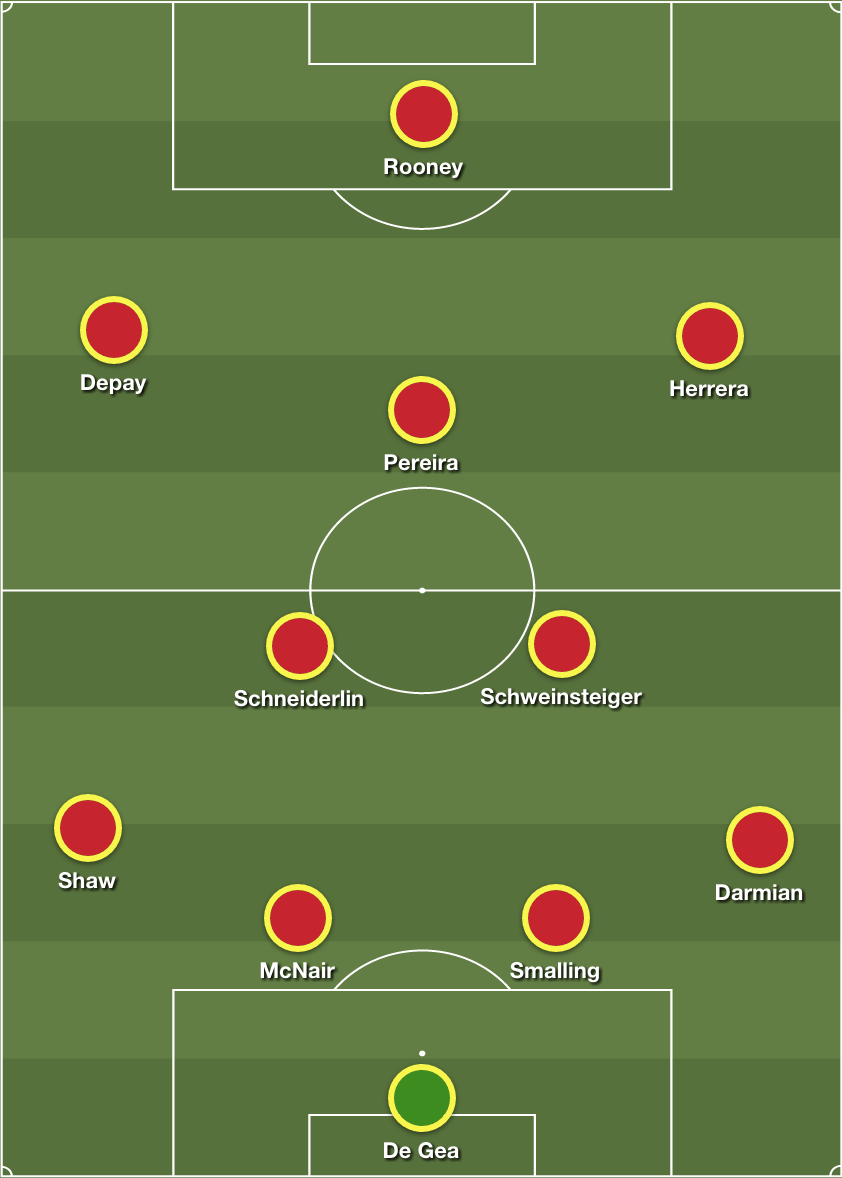 Playing Ander Herrera on the right-wing would give Matteo Darmian slightly more cover and Memphis Depay‘s partnership on the left is likely to be one of the most exciting ones to watch grow this season.

Wayne Rooney, as you’d expect, is likely to always lead the line up front when we play just one up top.

What do you think of this formation? Leave your formation in the comments and we’ll take a look at another one tomorrow night.