Back before the mayhem of last weekend, Manchester United had only completed one signing so far this summer and that was of Memphis Depay from PSV.

There was huge excitement when the signing was made because the 21-year-old had been one of the most impressive players in the Eredivisie, finishing the season on 22 goals with a league title to his name.

Although fans are giddy about the triple signing made last weekend, there is still a real buzz around the club about getting to see what Memphis can bring to the team.

Ever since he joined, he has been supremely confident in everything he has said and done. He looks like he belongs at a club like United.

Rather than being overawed by the responsibility, Memphis has taken to it like a duck to water and is more than ready to make his debut this weekend given how relaxed he looked in training this week. 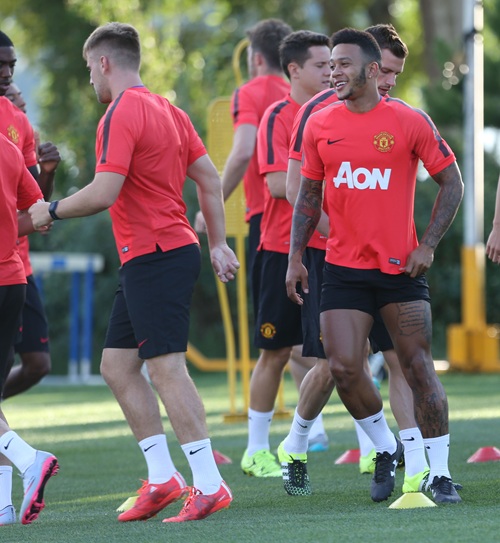 As part of a 4-3-3, Memphis has the potential to be a devastating left-winger and if his performances off the pitch match up with his own confidence levels, United fans are in for a real treat.

Ashley Young was excellent last season but he was somewhat predictable with his decisions. Memphis will be the complete opposite; he can comfortably dart inside or has the pace and power to outstretch a defence on the byline and that will make him such a dangerous player next year.

United have made lots of improvements this year and when it comes to the success of a 4-3-3 formation, a winger like Memphis is going to be crucial in making it work.