Louis van Gaal has confirmed that Manchester United will once again use two different XI’s for the two halves against San Jose Earthquakes in the second game of the pre-season in order to give people as many minutes as possible.

With that in mind, there’s every chance Van Gaal will switch his selection around and we’re hoping to see Bastian Schweinsteiger and Morgan Schneiderlin start together in the holding midfield roles.

They would compliment each other perfectly with Schweinsteiger likely to play the deeper role, allowing Schneiderlin to power forward with the ball when necessary. It’s what he did to great effect in the first game against Club America.

We’ve given Andreas Pereira a starting role in this game based on the fact he played so well in the opening game. He was electric and Van Gaal would certainly have taken notice of that.

Elsewhere, James Wilson starts up front instead of Wayne Rooney and we’re really hoping to see more of the Wilson who tore up the U21s with such ease previously. 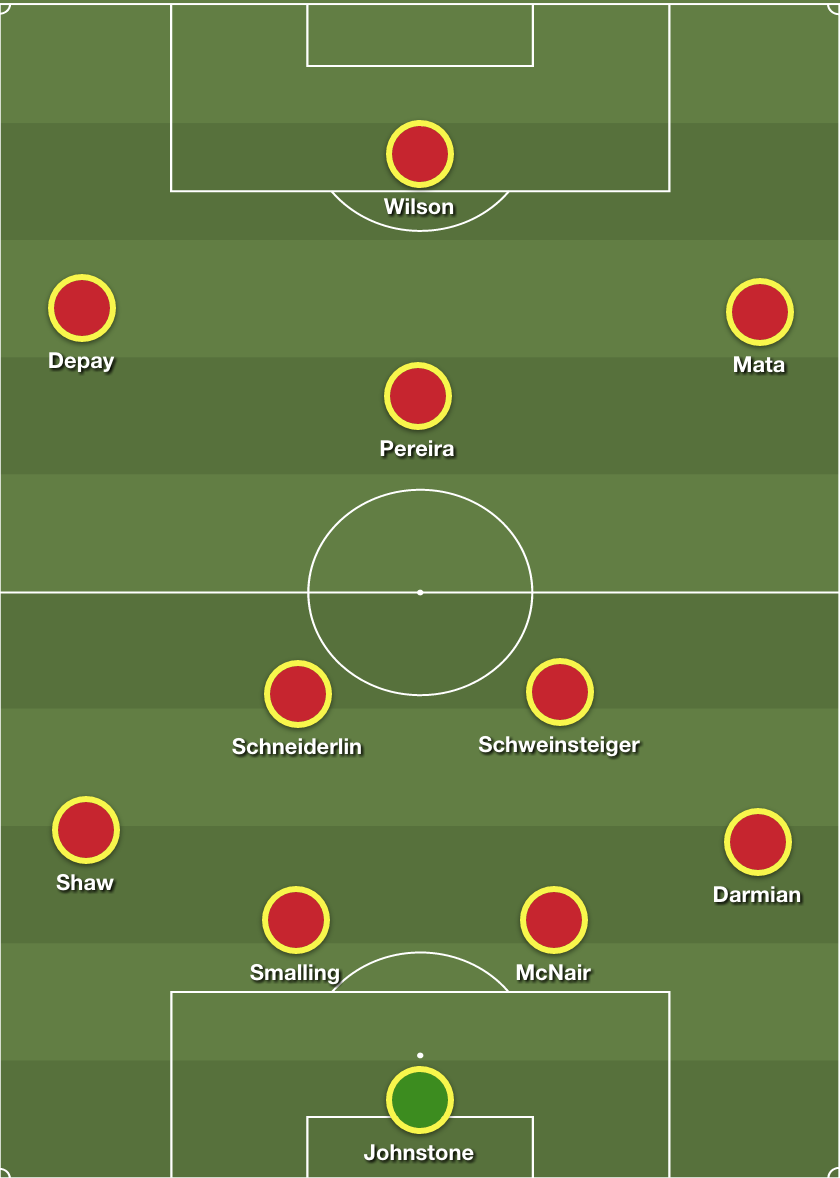 What do you think about this starting XI? Let us know in the comments with your best starting XI!