Mats Moller Daehli and Paul Pogba are two examples of players who left Manchester United’s academy just as they were about to blossom and hopefully break through into the first-team.

It was frustrating to see both leave, especially Pogba, but Man United have begun to turn it around when it comes to keeping younger players at the club.

Last season, the highly rated Andreas Pereira put pen to paper on a new long-term contract with United and today 16-year-old Callum Gribbin has signed a four-year contract which will turn into a professional agreement after one more year for him as a scholar.

For those who haven’t watched Gribbin, there’s a highlights video at the top of this article. He’s a tricky left footed winger who likes nothing more than dribbling with the ball at his feet and keeping him at the club, with others like Liverpool interested, is a real step in the right direction.

He posted a picture on his official Twitter account earlier confirming the contract and was all smiles alongside his parents and why shouldn’t he be? Under Louis van Gaal, he’s got the perfect platform to progress in his career. 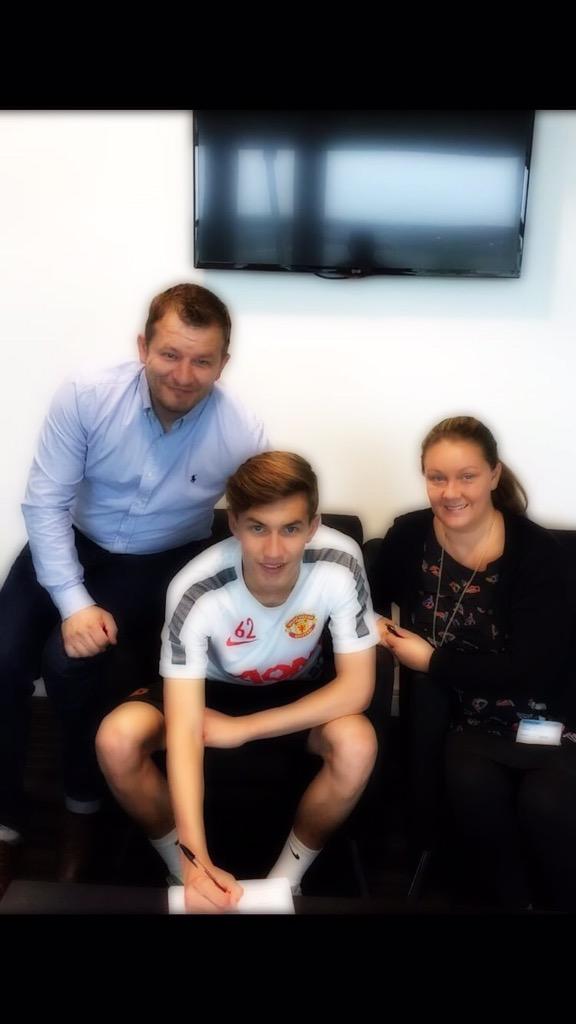 Much has been said about the overall condition of United’s academies and some have suggested what was once the pillar of pride for United has now become overshadowed by their competitors’ offerings.

However, bringing through players like Gribbin, Pereira and James Wilson goes to show the quality is still there at U18s and U21s levels, and it’ll be exciting to see who can make their way to the first-team over the next few years.