Adidas have paid £750m for the privilege of producing Manchester United’s kits for the next ten years and it safe to say that they have knocked it out of the park for their first offering.

Although the official unveiling will take place on Saturday, various photos of Man United’s home kit for the 2015/16 campaign have leaked online.

United will wear their Nike kit for the last time against Paris Saint-Germain on Wednesday as the two parties end their long-running relationship.

We asked the Old Trafford faithful how they felt about the new Adidas kit: 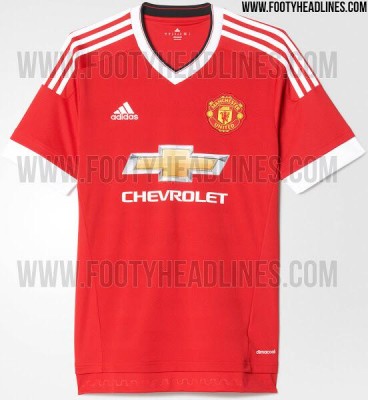 so much nicer than recent Nike kits https://t.co/TYPvdkZwGI

United revealed their first Nike kit during a pre-season friendly win at Shelbourne in 2002, 13 years ago.

The squad will show off the new home kit for the first time in the Premier League opener against Tottenham Hotspur at Old Trafford. Hopefully there’s a few new signings wearing it, too.