It’s safe to say that the majority of Manchester United fans want to see Ander Herrera start against Tottenham Hotspur on the opening day of the Premier League season but Louis van Gaal seems to have other ideas.

The Spaniard didn’t get as many minutes as he would have liked in Man United’s pre-season tour and he didn’t get on the pitch at all in the 2-0 defeat against Paris Saint-Germain.

Herrera looks lively whenever he plays but van Gaal preferred to play two holding midfielders during pre-season rather than a trio.

Unfortunately, this may mean that Herrera misses out against Spurs: 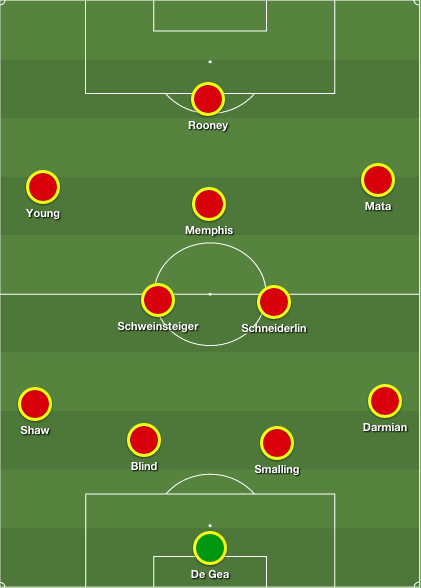 Of course, Morgan Schneiderlin and Bastian Schweinsteiger are no slouches but Herrera offers a creative spark that the others seem to lack.

The hope for United fans is that Herrera doesn’t spend the majority of his time on the substitute’s bench again like he did for the first half of last season.