Home » Who do Manchester United fans want as their new No.7?

Who do Manchester United fans want as their new No.7?

Angel di Maria looked like the perfect No.7 to bring some prestige back to the shirt after Michael Owen and Antonio Valencia did nothing to add to it.

Yet, less than 12 months after the Argentinian became Manchester United’s club record signing, here we are, discussing who should take over the No.7 shirt whilst he runs away to Paris St-Germain.

So, after three consecutively underwhelming holders of the No.7 shirt, who do fans want to see take up the mantle this season?

We asked our followers on Twitter and here’s what they had to say:

@PeoplesPerson_ pedro if he signs

@PeoplesPerson_ Memphis has the ego to take it, perfect match. 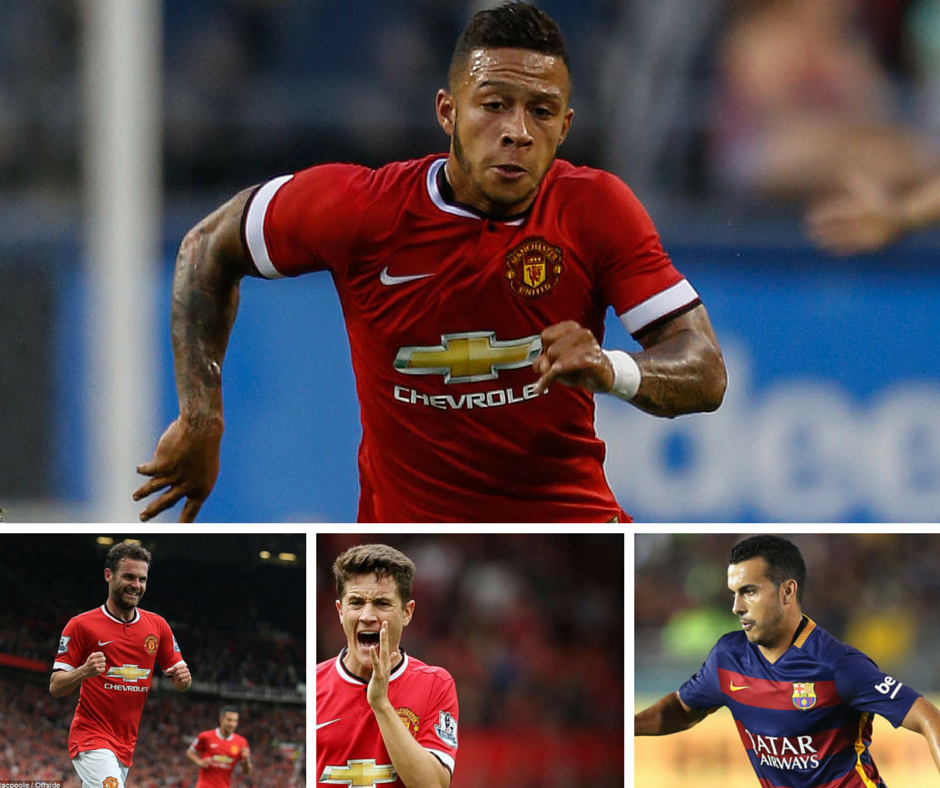 @peoplesperson_ Ashley Young… A loyal and hardworking player for #MUFC

@PeoplesPerson_ no 7 should be made redundant until someone earns it!!

@PeoplesPerson_ Schweinsteiger as he has held the no. 7 jersey for Germany.

After the recent disappointments, whoever takes up the shirt (if anybody) will have to deal with that added pressure because the longer it goes without somebody doing the shirt justice, it loses its charm.

Will it be Memphis Depay? Will Pedro Rodriguez join and take the shirt? Will Louis van Gaal leave it empty for one season? Cast your vote and have your say in the comments.