Manchester United have released photos of David de Gea who is once again back in training with the first-team ahead of the Club Brugge game on Tuesday night.

De Gea was told to train with Man United’s U21s this month because Louis van Gaal wasn’t happy with his attitude after he said he didn’t want to play against Tottenham Hotspur or Aston Villa.

The Spaniard hasn’t played at all so far this season for United and with his future still far from secure, it is unlikely he will feature against Club Brugge in what is one of the club’s most important ties in the last couple of years.

What makes it even more unlikely that he will play is the fact he would then be cup tied in the Champions League if he played, United qualified and he was then subsequently sold.

We’ve gone over the De Gea situation all summer and the fact remains that United fans would love to see him stay at the club but his head is already with his girlfriend in Madrid. He wants to join but unless Real Madrid submit the right offer, he simply won’t be leaving.

One saving grace for United is that Sergio Romero has stepped into the void very well and put in some excellent performances in his first two competitive games for the club.

Whether or not De Gea stays at United is anybody’s guess at this stage but at least he has been re-integrated back into the first-team squad at training. That’s a step in the right direction. 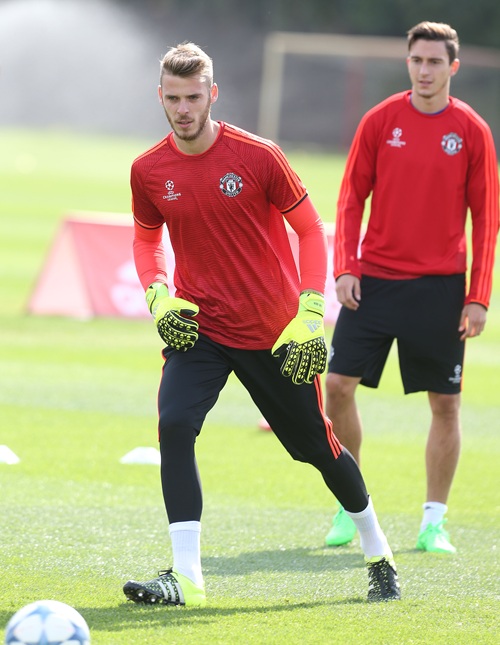