Manchester United didn’t just sign Anthony Martial on deadline day as they confirmed a deal for 17-year-old Regan Poole was also pushed over the line.

The youngster was signed from Newport County having undergone a successful trial earlier this year and will join up with Man United’s U18s.

Just over three months ago, Regan spent a week on trial at Liverpool and shared a photo of himself in their kit after it had finished, but it was ultimately United who won the race for him.

Now, United fans have jumped on the photo and given Regan a ‘gentle’ push in the direction of deleting it: 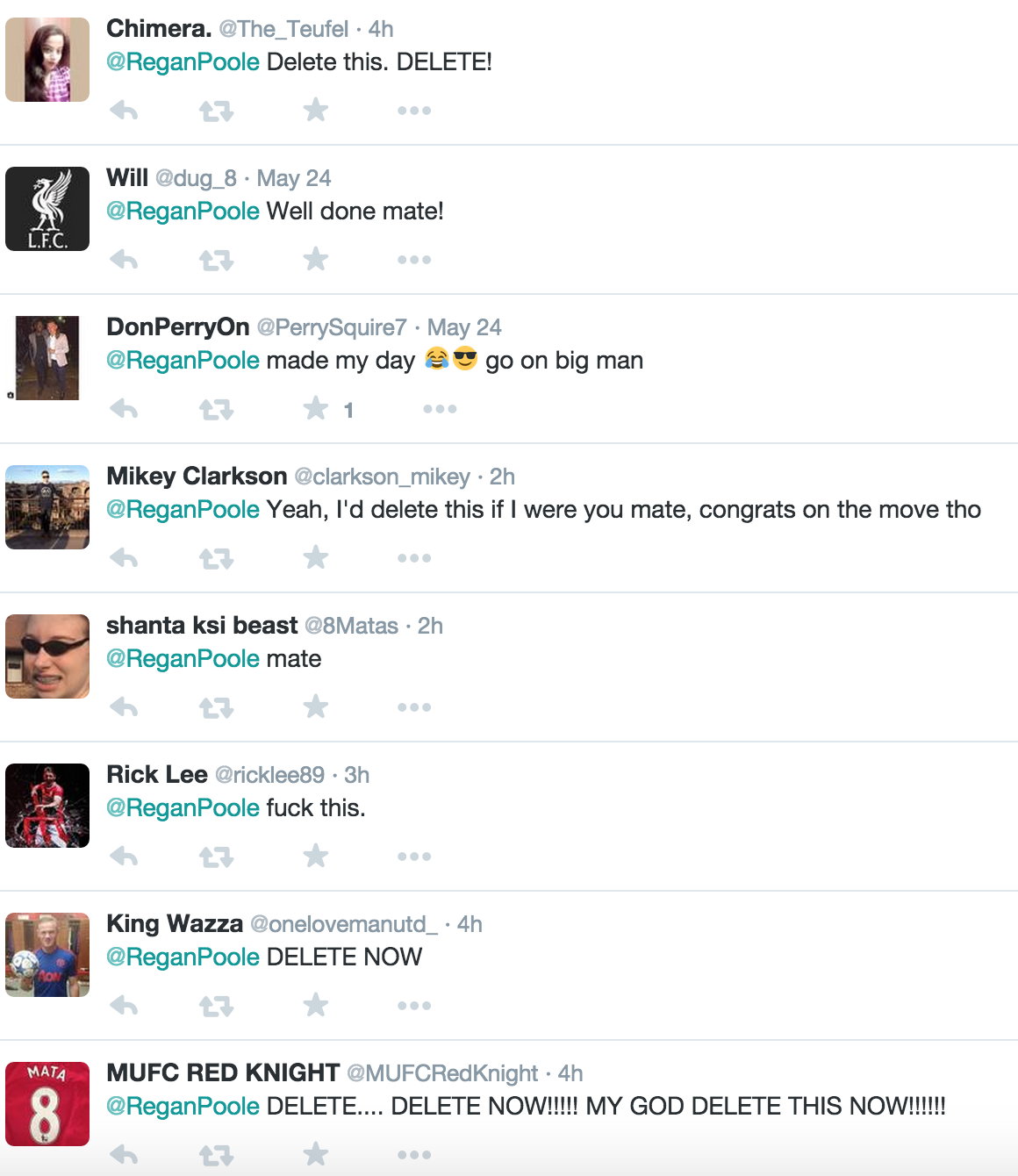 Give the kid a break. He’s decided to join United ahead of Liverpool or any other clubs that wanted him and that’s all that matters now, regardless of where he previously had trials before making the decision.

That being said, it wouldn’t do him any harm to delete the post, so if you’re reading Regan…