Now that the dust has settled on the summer transfer window, Manchester United supporters finally know what the squad will look like in the coming campaign.

Louis van Gaal has got rid of the deadwood this summer and brought in some talented players, although the squad is perhaps lacking some strength in depth.

Morgan Schneiderlin, Bastian Schweinsteiger, Memphis Depay and Matteo Darmian have all established themselves as first-choice in recent weeks, but Sergio Romero may be dropped now that De Gea has been confirmed as a Man United player for another year.

Meanwhile, van Gaal may be tempted to throw Anthony Martial in at the deep end, despite his inexperience, as Wayne Rooney is going through a terrible bout of form. 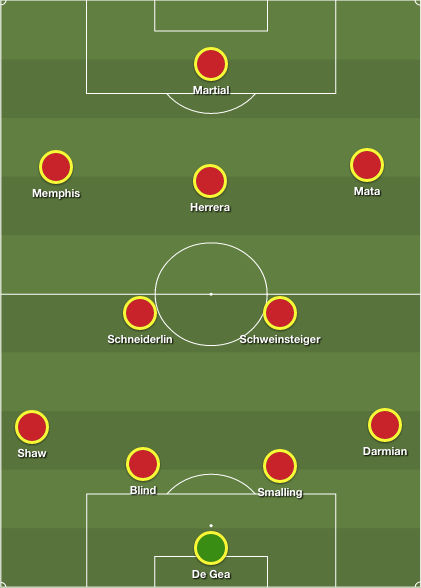 It is a strong team on paper, but van Gaal will need to make tweaks to his system to get the best out of his players as they were poor in the defeat against Swansea City last time out.

Officials at United have placed a huge amount of faith in van Gaal in the transfer market and it is not time for the experienced manager to deliver. However, the lack of a marquee signing may leave a Premier League title challenge out of reach.