Manchester United have had a couple of tricky games so far this season but Saturday’s visit of Liverpool is undoubtedly the biggest game so far.

Both Liverpool and Man United head into the tie off the back of a defeat and after an international break which will let the dust settle, there’ll be plenty of build up in the next week.

Two major points of interest for United are David de Gea and Anthony Martial. Could both of them start at Old Trafford against Liverpool?

De Gea should undoubtedly start. He might not have played this year but that won’t make a difference. The only way he is going to shake the cobwebs off is by playing and last year he was United’s man of the match in this tie. 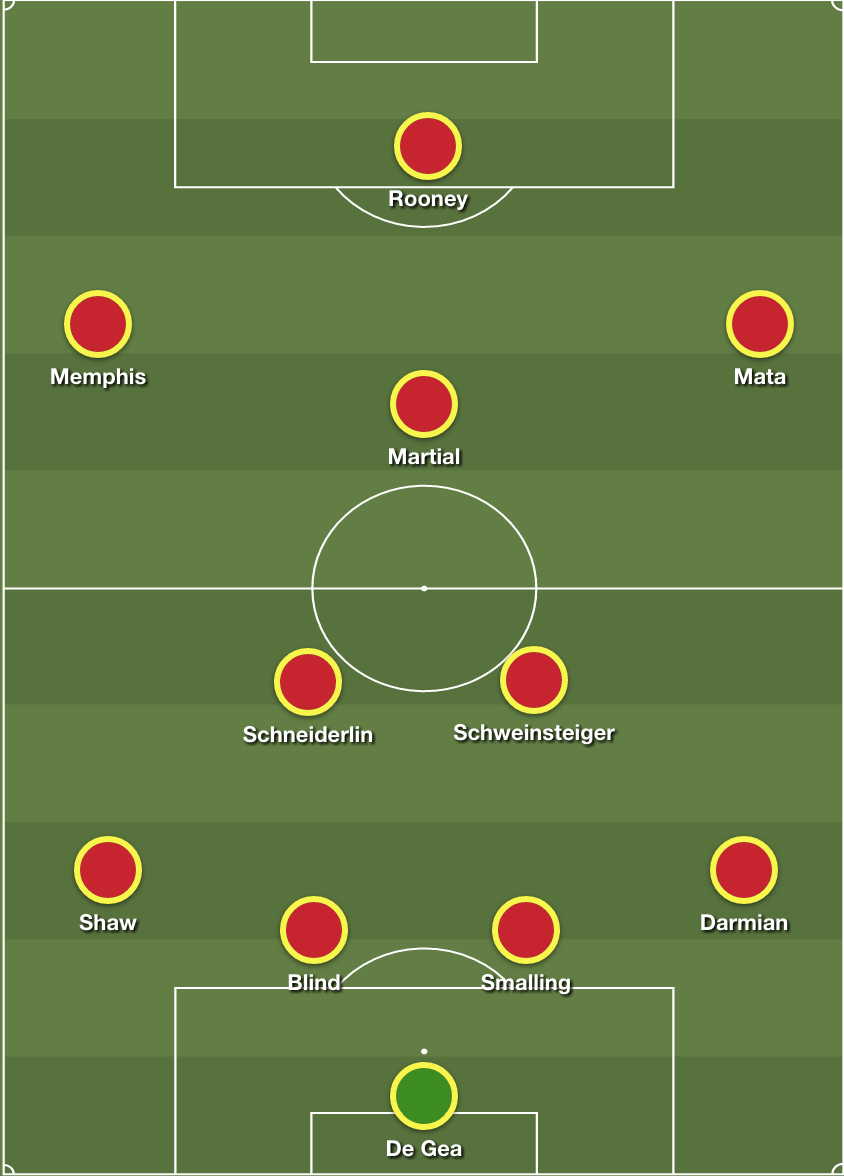 As for Martial, it would be a baptism of fire for Louis van Gaal to put him up against Liverpool. It all depends on his mindset but as he showed by starting James Wilson last season at Old Trafford against them, he isn’t afraid to place his faith in youngsters.

What do you think about this potential starting XI vs Liverpool? Leave yours in the comments.