From Manchester United’s perspective, there will be a lot of focus on two players ahead of the Liverpool game – David de Gea and Anthony Martial.

We fully expect the Spaniard to be back in goal despite the fact he hasn’t played at any point this season for Man United but will Martial be given his debut by Louis van Gaal in such a big game?

The 19-year-old made his France debut this week having come off the bench in both their games but it would be a bold move by van Gaal to use him on Saturday given the magnitude of the game and the hostile atmosphere it will bring.

However, he hasn’t been scared to use youngsters so far in his United career, so there is every chance he has a role for Martial to play on Saturday and with United struggling so badly for goals this season, an injection from Martial’s pace could help breath life back into it. 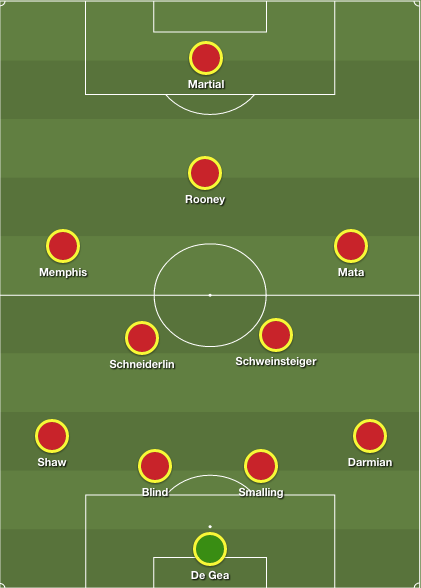 Do you think this is too big a game for Martial to make his debut? Leave your thoughts in the comments.