Marcos Rojo might not have featured so far this season for Manchester United but he played 70 minutes against Mexico on Wednesday morning (3AM UK time).

Could the Argentinian defender be called back into the starting XI by Louis van Gaal? It all depends on his fitness but after the Swansea defeat last week, there’ll more than likely be a change or two.

Somebody we’re really looking forward to in this game is Memphis Depay because of his electric pace but equally so, what if Anthony Martial were to start on the other wing? Man United would have one of the fastest counter-attacks in the Premier League.

We’d love to see Ander Herrera come in for this game against Liverpool as well and there is room for him in this traditional 4-3-3 formation, the one which we all expected Louis van Gaal to adopt regularly this season. 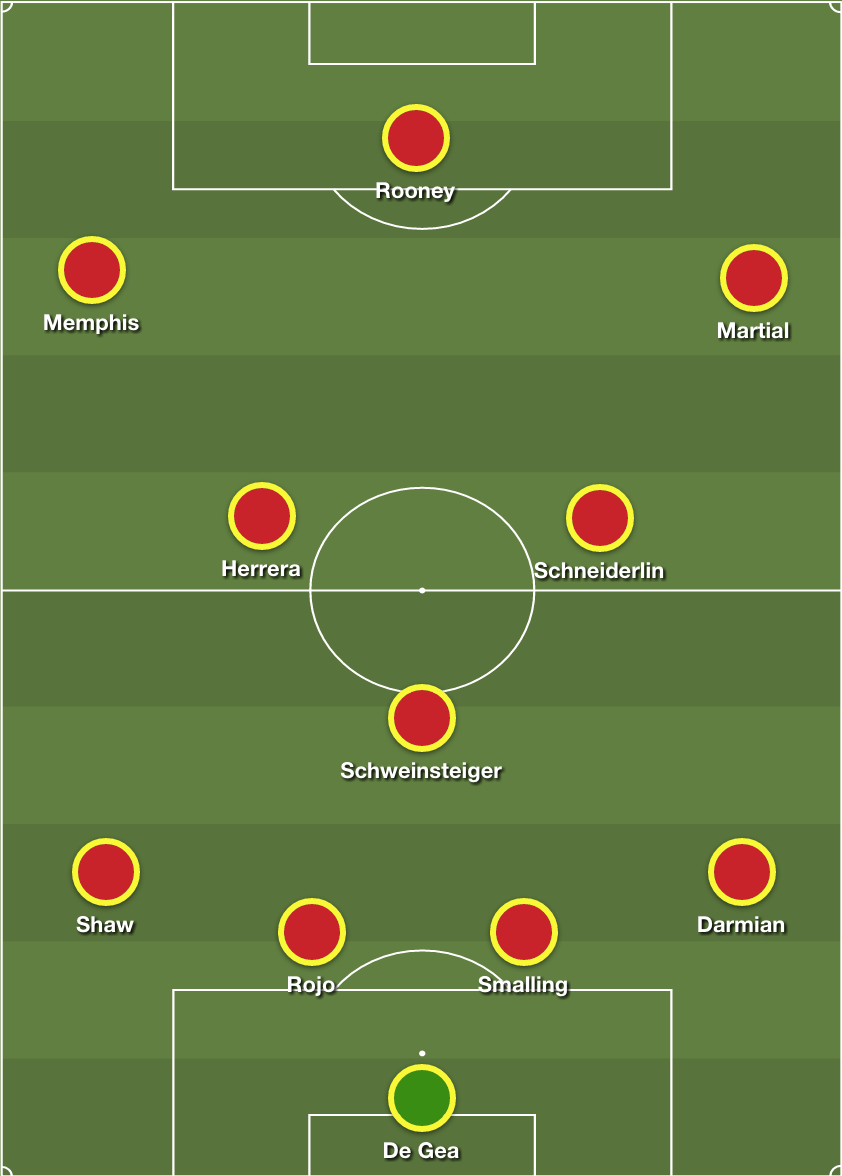 All in all, in this formation there are a number of changes from the last game but that was needed after the performance against Swansea.