Louis van Gaal might not have the biggest squad in the Premier League but going into the Liverpool game at the weekend, he’s got some tough decisions to make.

With so many quality midfielders available for selection, who does van Gaal put in his starting XI?

I’d be surprised if van Gaal didn’t play with two holding midfielders against Liverpool. The 4-2-3-1 formation has been used on more than one occasion this season and in such a big game, having two players in that role would allow United to exert far more control over proceedings.

Defensively, it’s the same back four we have played all season but the return of David de Gea improves it immeasurably. There have been questions over whether he will be ready to come straight back into the team but I don’t see any reason at all why he would be left out, unless van Gaal sees he isn’t ready in training.

Up front, Wayne Rooney will start in attack and would have done regardless of whether he scored his 50th goal for England in midweek.

It’s on the wings where United will attack Liverpool and Memphis Depay could be a crucial player. United are in need of some individual spark and he looks like the player who is happy to take those chances.

Player of the month Matteo Darmian will link up with Juan Mata on the right as he has done all season.

Here’s what I think is United’s strongest XI to face Liverpool: 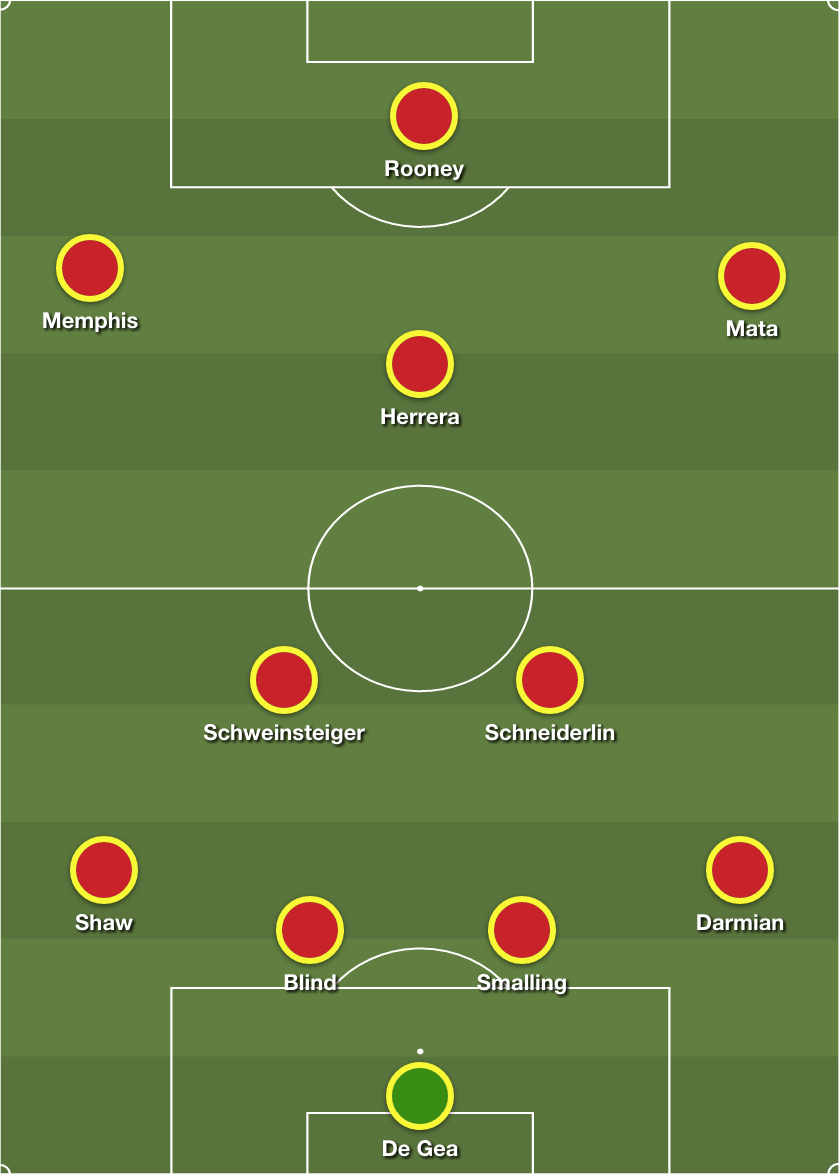 What do you think of this starting XI? Leave yours in the comments.