David de Gea – He’s back and he’s going nowhere for a year at least.

Luke Shaw – So long as he is fit right now, Shaw starts.

Matteo Darmian – United’s most consistent performer at the moment.

Bastian Schweinsteiger – Masterclass against Liverpool, get him in the team.

Morgan Schneiderlin – Rested for Liverpool, will come back in.

Ander Herrera – Great penalty from Ander. Deserves to stay in the team at the moment.

Memphis Depay – Surely he’ll start back at his old club.

Juan Mata – Feel there isn’t an alternative to Mata on the right-wing at the club.

Anthony Martial – Wayne Rooney will miss the PSV game and Marouane Fellaini up front doesn’t work. Louis van Gaal wants to keep Martial out of the spotlight but if he wants it, give it to him. 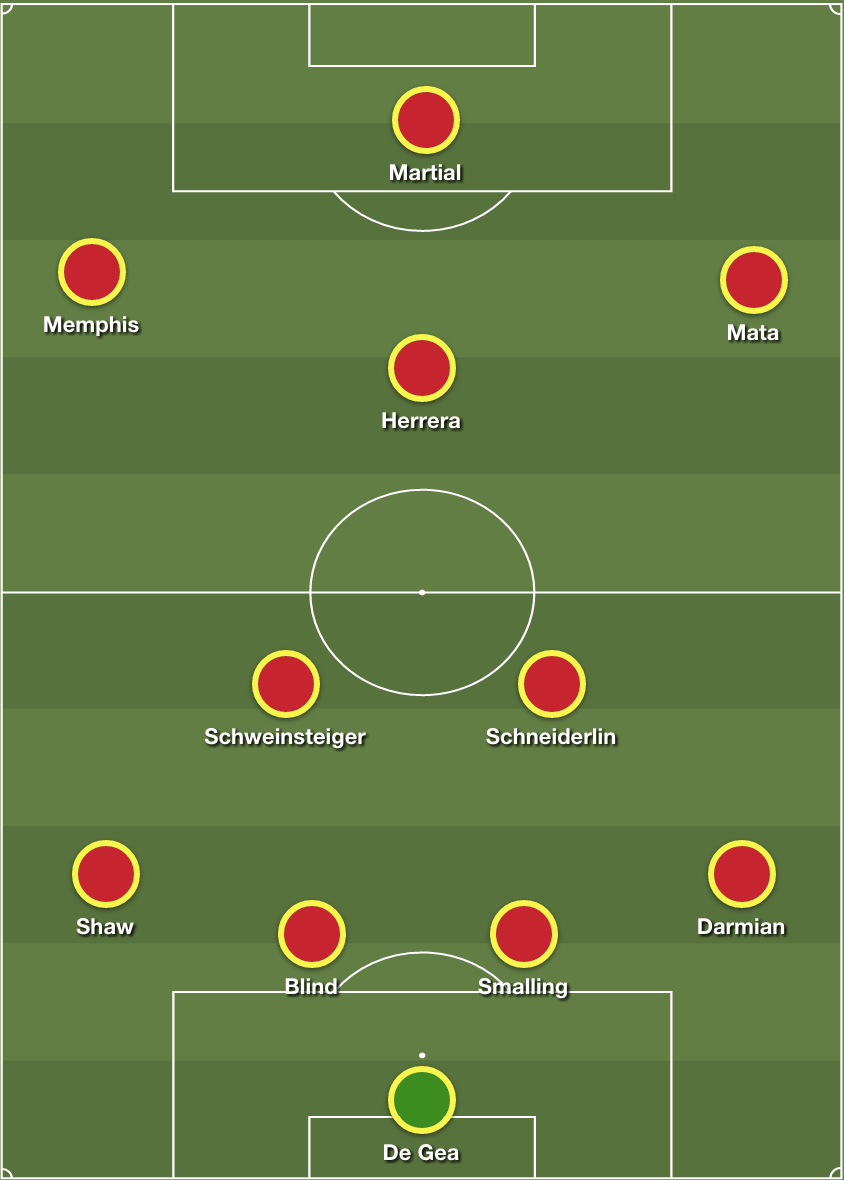