Michael Carrick put in a wonderful performance against Liverpool at the weekend but powerfully, like a German Tiger tank bulldozing around, Bastian Schweinsteiger put in his best performance in a Manchester United.

The midfielder put in a General like shift in midfield and completed more passes (72) this weekend than any other Premier League midfielder.

For somebody who many labelled as ‘over the hill’ and ‘past it’, that’s as big an indicator as possible that Schweinsteiger is far from past it completely.

There was so much attention on Carrick but efficiently, quietly and commandingly, Schweinsteiger was the man who made it all tick. 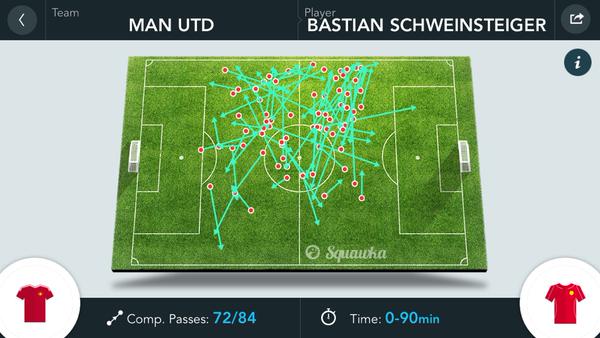 Zar on Twitter summed up his performance perfectly after the game:

It’s been a long time since United had a midfielder like Roy Keane but when looking at Schweinsteiger as the whole package – his leadership, his drive, his desire and his ability – Bastian might be one of the closest examples we’ve had.