There is one major talking point in Manchester United’s starting XI for Southampton this weekend – who is going to step in for Luke Shaw?

With Shaw likely to be out for the season, Louis van Gaal has a tough task in replacing one of his best players but one candidate is Marcos Rojo.

The Argentinian played there at points last year and has done so plenty of times for Argentina, so playing him there makes perfect sense. Plus, it would allow Daley Blind to continue at centre-back which is where he has been so strong this season.

Up front, Wayne Rooney‘s fitness pending, it would be fantastic to see him start in the No.10 role behind Anthony Martial as this could be the perfect way to use both of them together. 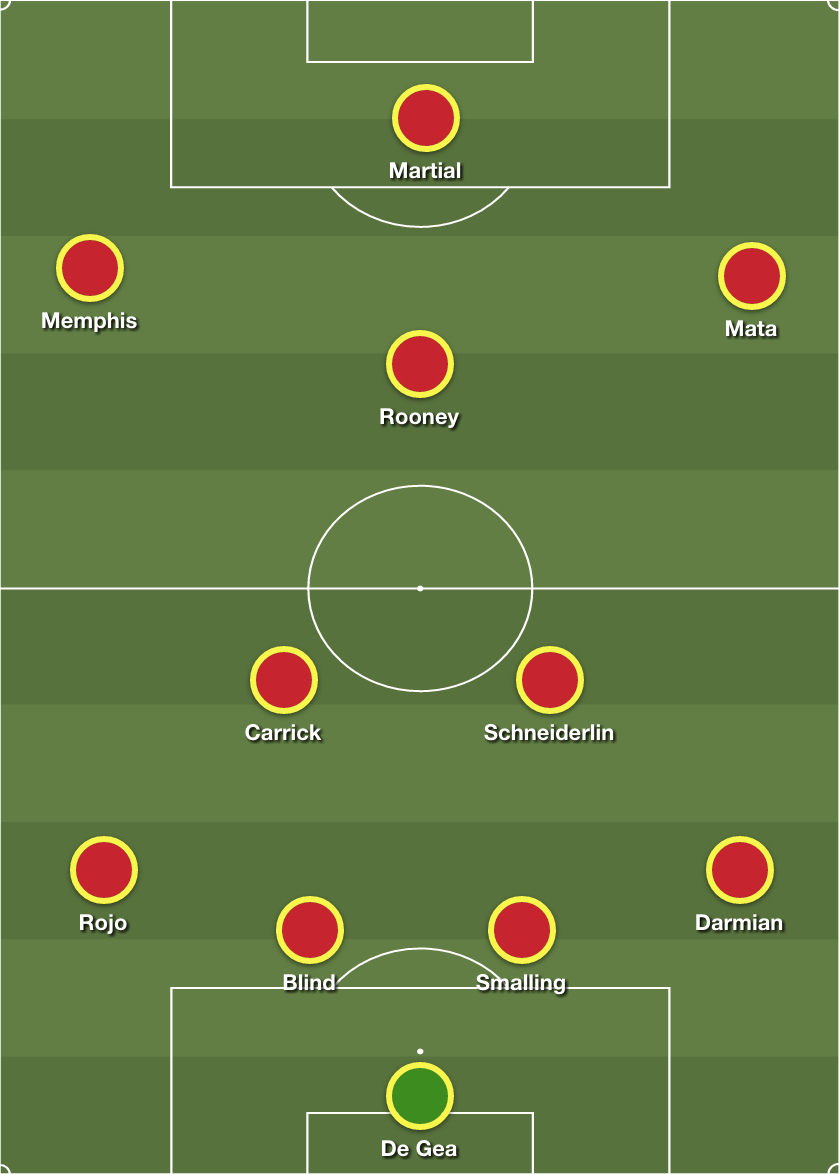 It will be frustrating to see Rojo come in at centre-back to force Blind into the full-back role, simply because it will mean changing two key positions rather than just one.

Who do you want to see start in the left-back role against Southampton?